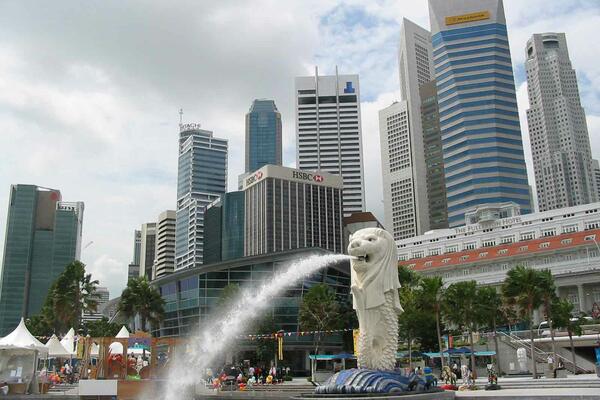 Tavuata, 46, was also ordered to pay Mr Chua compensation of about $150.

The 64-year-old taxi driver had picked him up at Lorong 18 Geylang around 1.45am on June 26 and was told to drive to Hotel 81 Bugis in Middle Road.

When they reached the destination, Tavuata told Mr Chua he had no money to pay the $33.90 fare and asked the cabby to drive him to an automated teller machine (ATM) to withdraw cash.

Mr Chua complied and drove towards Bras Basah Complex, less than 1km away, and parked his vehicle at nearby Cashin Street.

When they got out of the taxi, Tavuata claimed he did not have his ATM card and asked Mr Chua to drive him back to the hotel so that he could retrieve it. The pair walked back to the taxi but Tavuata refused to board the vehicle when they reached it.

Shocked, Mr Chua got up and ran away from Tavuata towards Victoria Street. Tavuata caught up with the cabby, kicked him and continued assaulting him.

He then walked towards the junction of Cashin Street and North Bridge Road and flagged down another taxi.

However, Mr Chua managed to stop him from boarding it.

He alerted the police, who found Tavuata to be drunk when they arrived on the scene.

An ambulance took the cabby to National University Hospital, where he was found to have injuries including abrasions on his right ankle, left knee and left elbow.

For assaulting Mr Chua, Tavuata could have been jailed for up to two years and fined up to $5,000.