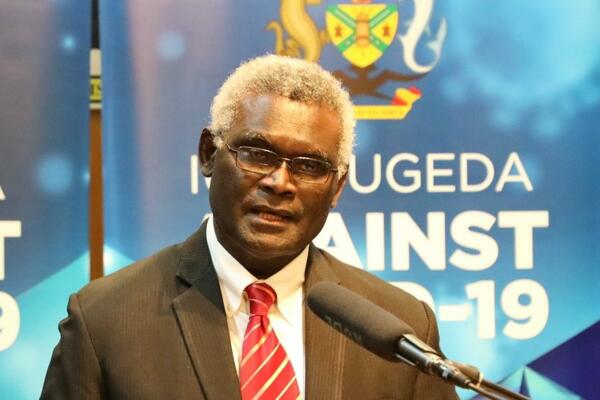 The Prime Minister also stated that a total of 10 previously positive cases had been closely monitored by the Ministry of Health over a 90-days period following their release from quarantine recently.
Source: Supplied
Share
Tuesday, 11 May 2021 07:03 AM

Prime Minister Manasseh Sogavare during his nation-wide address yesterday announced that there are no new COVID-19 cases recorded in the last two to three weeks.

“I am extremely pleased to announce that we have now been COVID-19 free for more than two weeks,” he said.

“If he is negative for the 3rd consecutive time, he will be released and followed up for a period of 90 days following his release,” he said.

The Prime Minister also stated that a total of 10 previously positive cases had been closely monitored by the Ministry of Health over a 90-days period following their release from quarantine recently.

“I ask these people to please continue to collaborate with the Ministry of Health officials on the schedules of your respective follow up reviews,” he said.

This, he said brings the total number of those in our quarantine stations to 228 people.

In the region, Prime Minister Sogavare said the COVID-19 situation in Papua New Guinea has reportedly improved with a steady decrease in the number of new COVID-19 cases reported daily over the past week.

Prime Minister Sogavare said the situation in Fiji is also improving with focused restrictions to people movement to contain community transmission of COVID-19.