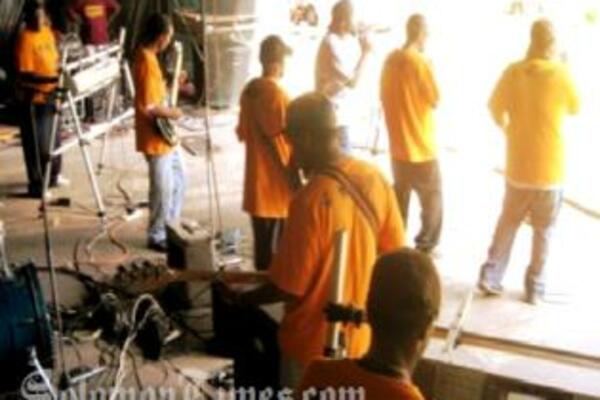 III Kings are a ten-piece band based in Honiara who have been playing together for about five years.
Source: Photo Supplied
Share
Friday, 10 September 2010 15:35 PM

Calling themselves III Kings, a Solomon Island band has taken out the much coveted 2010 Pacific Break competition.

With stiff competition from around the region, III Kings managed to pip the competition with their harmonious blend of contemporary reggae and reggaeton.

After much careful consideration and many hours of close listening, judges of the Pacific Break competition decided that III Kings deserved the top honours, they will now fly to Fest'napuan in Port Vila between October 20-24 this year as 2010 Pacific Break winners.

ABC reported that it was a difficult process, and with a record number of entries this year (over 120), there were many songs that caught the attention of judges Damian, Annette and Sarah.

One of the judges said that choosing just one winner was a challenging one, but they chose the gospel-influenced reggae song 'You Alone Me Magnify' because of its memorable vocals and compelling rhythm.

III Kings are a ten-piece band based in Honiara who have been playing together for about five years. They stated on ABC that they love playing live concerts and are fans of all music - especially reggae and gospel.

Chris Andris Tugumana from III Kings told ABC that the band has a strong spiritual foundation, which they use as a form of self-expression.