Solomon Airlines Pioneer Passes Away at 93 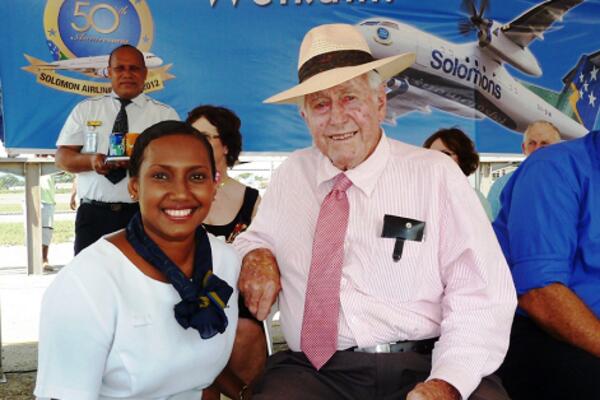 The late Laurie Crowley with a staff of Solomon Airlines during his recent visit.
Source: Photo supplied
Share
Tuesday, 18 June 2013 08:59 AM

Crowley, 93, passed away in hospital, last week at Wagga, New South Wales, Australia. after a period of illness.

Crowley and a group of friends founded Megapode Airways in Honiara in 1962.

“Crowley’s legacy will continue into the future and will not be lost on forthcoming generations who play a part in Solomon Airlines ongoing history.”

At the celebrations Crowley shared his Solomon Islands flying experience, which he described as wonderful and incident free. He was also amongst the first passengers to test fly Solomon Airlines new Dash 8 aircraft “Megapode”.

Crowley started the Megapode Airways with a single Aztec aircraft and developed it into a popular service flying between Solomon Islands and Papua New Guinea.

As an avid pilot, Crowley continued to fly into his sixties with an estimated 33,000 hours of flying time.