Solomon Airlines Looks to the Future 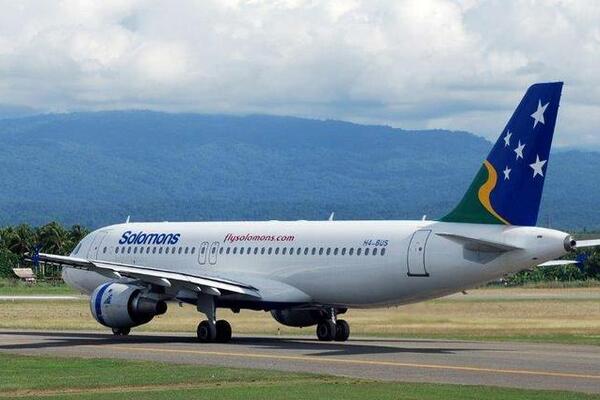 Looking forward, Mr Kraus said the future bodes well for the airline as it moves into a new era in its history with forward plans coming into play designed to give Solomon Airlines a far better chance of turning business around in 2017.
Source: flysolomons.com
Share
Thursday, 27 October 2016 09:16 AM

At the close of what represents one of its most difficult years in recent times, Solomon Airlines GM Operations and Commercial and acting CEO, Gus Kraus, acknowledged the difficulties faced by the national carrier but also pointed to what he sees as a bright future.

Addressing senior management, staff and consultants attending the ‘Review and Renew – The Next Platform’ National Sales & Marketing Conference at the Heritage Park Hotel in Honiara, Mr Kraus detailed many of the achievements the airline has accomplished this year.

“Successful codeshare agreements with Qantas and Air Niugini give us confidence to develop similar arrangements with other regional airlines.

“We also experienced increased freight lift and revenue, a focus on on-time performance and government assistance was just some of those accomplishments,” said Mr Kraus.

Mr Kraus acknowledged that a series of negative concurrent events played a role in offsetting these positives.

These, he said, included a drop in international visitor numbers which had impacted on loadings and revenue; increased competition from Virgin Australia on the Brisbane-Honiara route earlier in the year and the decision to temporarily suspend the Sydney service in May.

Mr Kraus also cited a loss of revenue on the Vanuatu service when codeshare partner Qantas covered the extended leave of absence of the flagship Airbus A320 while undergoing maintenance overseas. On top of that Solomon Airlines was unable to operate Port Vila service due to safety concerns landing on Bauerfield International Airport’s runway.

“The termination of CEO Captain Ron Sumsum mid-year and the effects emanating from that decision had also impacted on efforts to establish a solid reputation amongst its international peers and partners in the main to ensure continuity of the IOSA Certification (IATA operational safety audit),” he said.

Looking forward, Mr Kraus said the future bodes well for the airline as it moves into a new era in its history with forward plans coming into play designed to give Solomon Airlines a far better chance of turning business around in 2017.

These plans, he said, included a review of revenue generating plans including schedules aimed at maximising revenues and sales, increased use of the A320 in order to better spread fixed costs, more focus on staff training, ongoing departmental budget reviews, a review of all inflight catering matters and airline staff uniforms to give all staff a better sense of pride.

“All of these mid-term growth plans are seen as essential if Solomon Airlines is to steady the ship under a new Captain and in the process develop an increased yield management focus,” Mr Kraus said.