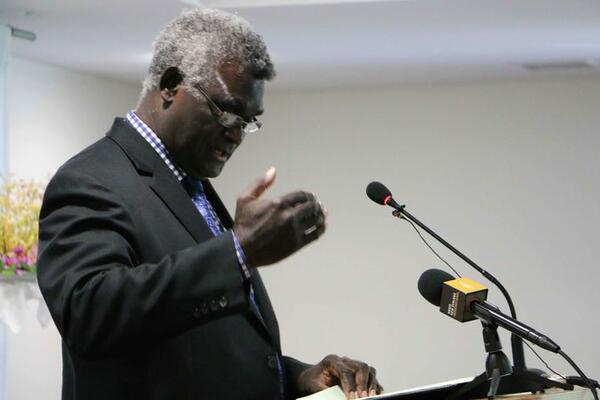 Sources say that the Prime Minister will be travelling to China instead to formalize the decision by his government to formally recognize China.

US Vice President Mike Pence had earlier invited Prime Minister Sogavare for bilateral talks during the margins of the UNGA, the meeting was to have taken place in Washington DC.

The meeting has since been cancelled, with one senior official of White House stating that the switch "is a setback, and it’s (Solomon Islands government) prioritizing short-term gain with China over long-term commitment with the U.S."

Those familiar with Prime Minister Sogavare's trip say that formal discussions will also take place regarding the kind of assistance China will give.

Major infrastructure projects are said to be on the pipelines, with most of it said to be related to the upcoming Pacific Games in 2023. It is not yet certain how much of such assistance will be in the form of loans and how much will be grants.

Finance Minister Harry Kuma had earlier assured the public that current debt levels are manageable, and points out that should the Tina hydro project proceeds it will still be below 35% debt to GDP - the official debt management guide ratio.