Sogavare Says He is a Defender of Democracy 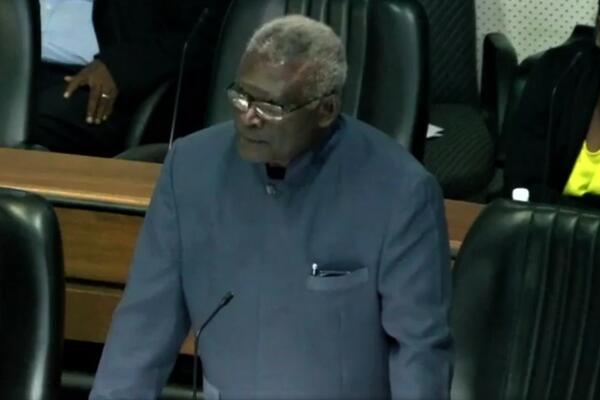 He says what transpired over the past week was an attempted coup, promoted by foreign agents, and not in the best interest of the country.
Source: STO
Share
Monday, 06 December 2021 15:03 PM

Prime Minister Manasseh Sogavare has acknowledged those in government that have remained firm despite pressure from rioters for them to resign in the past week.

He says the government stood their ground because they love the country, and are the defenders of the country’s young democracy.

Sogavare says the decision not to resign rests on the Constitution of the Solomon Islands, quoting the preamble of the Constitution – which says power is exercised on behalf of the people by elected representatives.

He says he was elected Prime Minister by the Parliament of Solomon Islands, and that is why he resisted calls for his resignation. He said he will not bow down under a state of lawlessness because he has done nothing wrong, and still commands the numbers to stay in government.

The Prime Minister says there are those that want to advance their own agenda at the expense of the country. He says the moment we stop defending our values is the day we lose ourselves.

Sogavare says that he will not be removed or resign by Taiwan’s agents, seeking to topple his government.

He says what transpired over the past week was an attempted coup, promoted by foreign agents, and not in the best interest of the country.