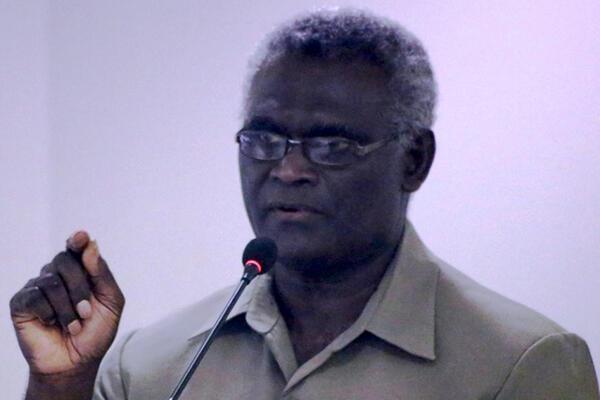 The registrar of political parties confirmed the endorsement of Our Party to the media.
Source: APR
By Caleb Gray
Share
Wednesday, 10 April 2019 16:33 PM

Manasseh Sogavare, now in his sixth term in Parliament, has relaunched Our Party - a party he formed in early 2010.

Ownership, Unity and Responsibility Party (“OUR Party”) was first launched in 2010 by Manasseh Sogavare on promises to increase investment into rural economies and to reinstate traditional public ownership of land, a practice that had been eroded during the colonial era.

The registrar of political parties confirmed the endorsement of Our Party to the media.

Sources close to the party says that “a few Independent MPs will soon declare their membership to the party.”

“We are expecting 3 or 4, so we will make that announcement soon.”

Sogavare is possibly positioning himself for a run at the prime ministership. Prior to the elections Sogavare openly declared his affiliation to the Solomon Islands Kadere Party. A coalition seems possible, with the support of Independent MPs.

Those close to Sogavare says that his political philosophy is closely aligned with that of the Kadere party – that’s despite a very public fall out when he was Prime Minister, which led to his ousting.