Sogavare On a Mission to Extend Parliament 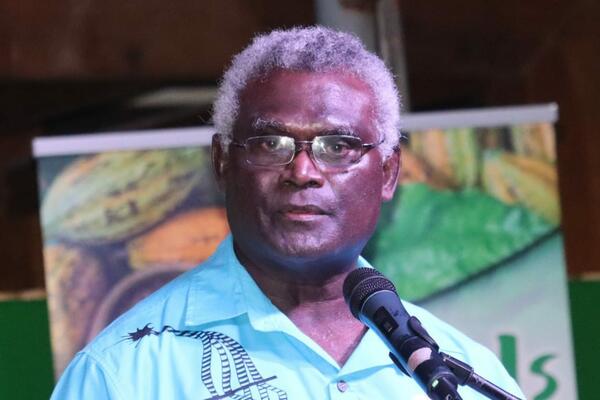 Sources close to the government say another option that could be on the table is a snap election early next year, although such an option would be a challenge logistically.
Source: Supplied
By Samson Sade
Share
Wednesday, 08 June 2022 10:22 AM

Prime Minister Manasseh Sogavare is currently on tour to his constituency of East Choiseul, high on the agenda is the deferment of the national general elections by one year.

In a statement from the Prime Minister’s office, Sogavare will be with his constituents for a week conducting awareness on the planned deferment, as well as other constituency matters.

His tour will begin in Gagara and surrounding communities as well as Susuka, Sorana and nearby communities. The Prime Minister will also hold meetings with Lukuvaru and Pangoe communities, and Lulemekolo and Vanogo. Prime Minister Sogavare will spend Sabbath with Nuatabu Community before taking the last leg of his tour to Varunga on Sunday.

Reports from other tours conducted by government MPs are not looking good, many consulted have rejected the idea of an extension. Many fear that the tours are a mere formality, similar to the consultations held prior to the switch to China, and that the government has already decided to extend parliament.

Sources close to the government say another option that could be on the table is a snap election early next year, although such an option would be a challenge logistically.

“The electoral roll needs to be updated, and that will take time, funds and additional resources will have to be allocated for such an exercise.”

Another commentator, a former senior government advisor, speaking on the condition of anonymity because of his current job, says that politically a snap election would not work out well for many MPs in government.

“Many are quite unpopular, so a snap election would not work out for them, they need time and money to repair or rebuild their image or popularity in their constituency.

“Our elections are really a popularity contest, who buys the most rice, or school fees or roofing iron. But for this election, many issues are still fresh in the minds of many.

“Issues such as the money paid to MPs to remain with Sogavare during the no-confidence vote, the decision to switch to China, the secret arms shipment and the security agreement with China.

“Many MPs now face an informed population largely because of social media, whether it is accurate or not is another issue, people are now very aware, and many are unhappy with the secrecy tied to many government decisions.”

“Election cycles are separate. In any healthy democracy, regular, free and fair elections are very important. We should never go down that road,” he said.