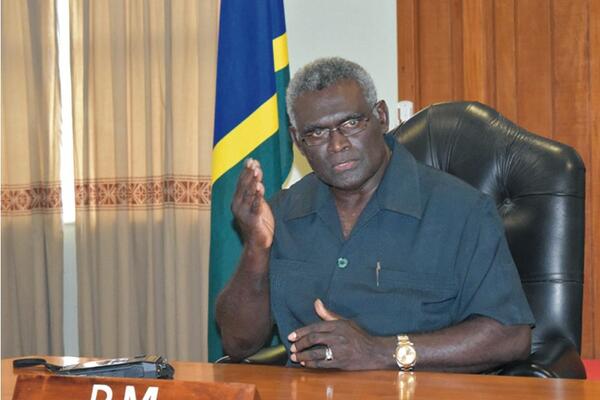 The government cannot support everyone in the economic stimulus package.

Prime Minister Manasseh Sogavare made this statement in his weekly address.

Sogavare says whilst the Government would like to assist everyone, unfortunately, not all applications will be considered.

He says screening of applications from rural farmers are currently ongoing and once finalized recipients will be notified through the media.

He says the implementation of the Government’s Economic Stimulus Package is on track.

"The screening, approval and disbursement on the top of the value chain production also included exporters of key productive and resource sectors. Financial injection into Solomon Airlines and Soltuna, the Development Bank of Solomon Islands and engagements of contractors to build certain identified infrastructures have also been completed", the Prime Minister says.

"Furthermore, about $2.3 million dollars was also approved and funded for the engagement of women, youth and students to monitor the State of Emergency Regulations, especially with the Price Control Regulations and tax related information".

Sogavare says the authenticity and verification of several applications have also delayed the screening process.

"However, the Government through the ESP Committee is committed to the successful delivery of the program in the best interest of economic empowerment", Sogavare says.