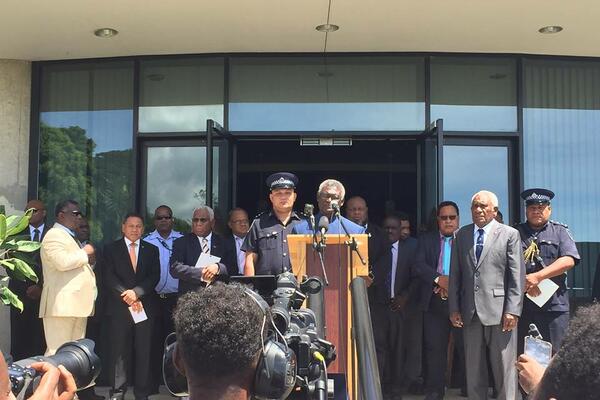 The Governor General, Sir Frank Kabui, made the official announcement outside of the Parliament building after the election concluded.

The Democratic Coalition for Advancement Government (DCAG) will now form the next Government.

Prime Minister elect Sogavare made a brief statement following his election, “we have prayed for this, and God has delivered this outcome.”

“I thank my colleagues for their support, and I wish to assure the nation that we are listening to what has been said, it has not fallen onto deaf ears.”

“I assure you that the government will go straight into allocating portfolios and get into the business of running the affairs of this nation,” Sogavare said.

“I wish to thank you for all the prayers that have been offered and acknowledge a God who rules and reigns over the affairs of mankind.”