Sogavare Congratulates Marape On His Re-election As PNG Prime Minister 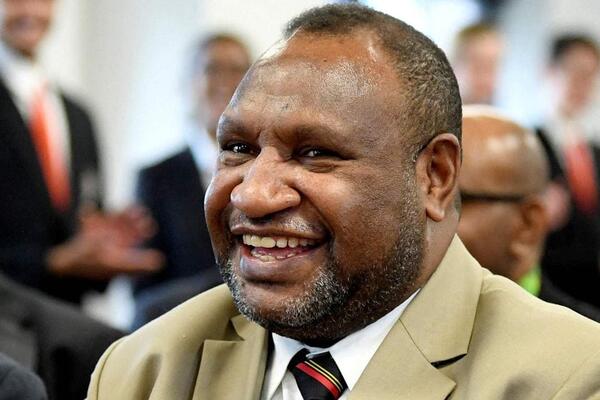 Speaking on Tuesday, Marape reassured Papua New Guinea that his party was “not for one region, not for one family, not for one person” but “belongs to this country”.
Source: The Australian
Share
Thursday, 11 August 2022 10:05 AM

In his formal congratulatory note dated 10th August, Prime Minister Sogavare told the Tari-Pori MP, “to be elected unopposed to the Prime Minister’s role is unprecedented.”

“It signifies that the people and the elected Members of Parliament of the Independent State of Papua New Guinea have embraced your leadership, your vision and the policy direction you espoused for Papua New Guinea’s future,” Prime Minister Sogavare said.

Prime Minister Sogavare restated his commitment to work with Prime Minister Marape to further strengthen the relation, cooperation and collaboration between the two countries especially in the areas of education, trade, security, social and economic development, judiciary and investment as well as through the Melanesian Spear Head Group, Pacific Islands Forum and other regional and international bodies in which both countries are members.

PM Sogavare says he is determined to see the vibrant bond of friendship between Solomon Islands and PNG nurtured and expanded for the betterment of our countries and people.

“I wish you and your new government God’s blessing, every success, and good health as you begin your second term as the Prime Minister of the Independent State of Papua New Guinea,” Prime Minister Sogavare concluded.

Marape – who became Prime Minister in 2019 after toppling his predecessor and former party leader, Peter O’Neill – was invited to form government by the Governor General, after his Pangu Pati secured 36 seats and was able to strike deals with coalition partners to bring its numbers to more than 80.

Source: With OPMC and The Guardian