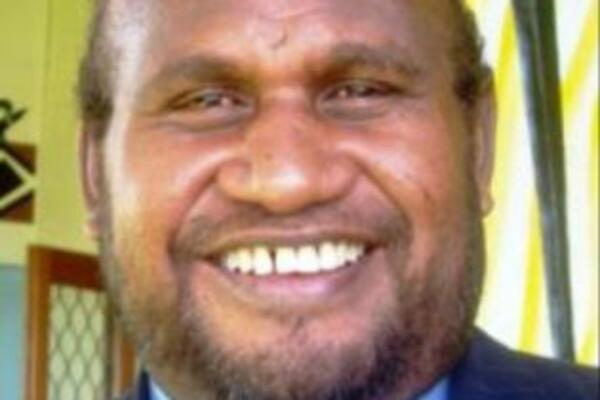 Mr Fono warns Solomon Islanders not to be brainwashed by certain leaders who talk too much about new development strategies and approaches "as if it will produce miracles for this nation."
Source: STO Archives
Share
Friday, 19 February 2010 09:33 AM

Deputy Prime Minister Fred Fono has accused the leader of Opposition and interim president of OUR Party of "applying divide and rule tactics."

Mr Fono claims Mr Sogavare was applying the tactic in his statements when launching his new party's manifesto in Auki, Tetere and Gizo.

The Deputy Prime Minister says Mr Sogavare demeaned the people of Malaita when using provocative statements like this.

Mr Fono says reports reaching him and other Malaita MPs in Honiara is that some of the statements made by the leader of Opposition in Auki were provocative.

He says those statements would stir up hatred and hard feelings by radical Malaitans against their current MP, or other Malaita leaders who had different ideologies from the ones advocated by the leader of Opposition and his group.

Mr Fono warns Solomon Islanders not to be brainwashed by certain leaders who talk too much about new development strategies and approaches "as if it will produce miracles for this nation."

He says leaders should be judged by their "integrity and records of developments they have done in their constituencies during their term in Parliament, and what contributions they have made to nation building."