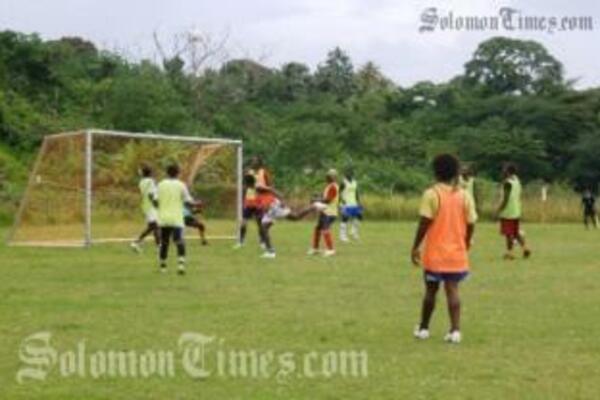 The list of players selected for the Senior National Team Training Squad for 2010 has been released by the Solomon Islands Football Federation (SIFF) Technical Department. This follows more than a week of trials and the selection process which followed in Honiara.

The list was finalised in a meeting held by the Solomon Islands Football Coaches Association (SIFCA) and the members of the National Team Selection Panel on Thursday last week.

The original number of 25 players has been increased to 30 players to provide a buffer in the case that some players are not able to take part in matches due to unforeseen circumstances such as illness.

Selectors are emphasising that the Senior National Team Training Squad is not the final squad.

"The players named will continuously be monitored and should they fail the criteria they will be replaced by players who pass it. Nobody's place in the team is guaranteed," National Team Selection Program coordinator, Noel Wagapu said.

Selectors are also saying that players who are based overseas and have not been able to make the trials are not ruled out. Players like Benjamin Totori, Richard Anisua and Alick Maemae were not able to return home to attend the trials. Test matches later this year may be used to determine their place in the team.

"Players based overseas who are of a high quality may still join the team but they have to compete for spaces with our local players," Wagapu said.

With the release of the Senior National Team Training Squad also comes the appointment of the management team. Former national player and current KOSSA coach, Jacob Moli will be the National Team Head Coach. His assistant will be Rex Masuaku.
Both Moli and Masuaku hold Oceania Football Confederation (OFC) Senior Coaching licences.

The training program for the Senior National Team Training Squad will be published later this month.