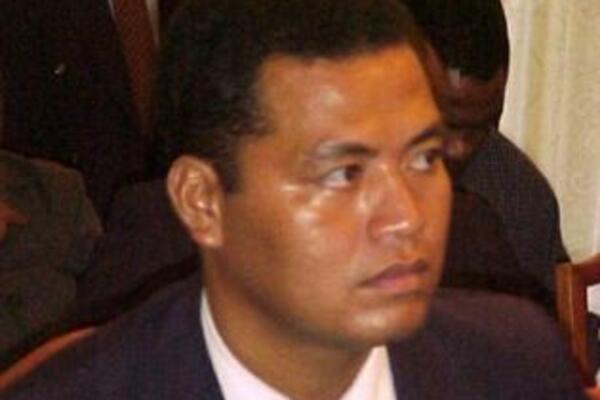 A government statement this afternoon confirms that Mr Maga has been replaced in the Ministry of Health and Medical Services with Temotu Vatud MP, Hon. Clay Forau Soalaoi.
Source: STO Archives
Share
Wednesday, 10 June 2009 09:15 AM

The Minister for Health and Medical Services, and MP for Temotu Pele, Hon. Martin Maga, has been relieved of his ministerial duties on medical grounds.

Mr Maga fell ill on his way back from government duties overseas, and was admitted at Saint Vincent Hospital in Sydney, Australia about two weeks a go.

A government statement this afternoon confirms that Mr Maga has been replaced in the Ministry of Health and Medical Services with Temotu Vatud MP, Hon. Clay Forau Soalaoi.

Mr Forau Soalaoi will be sworn in as the new Minister for Health today morning.

Meanwhile, the government statement says Prime Minister Dr Derek Sikua made the appointment today following consultations with leaders of the six political parties in the C-NURA Government, and after receiving advice from specialist doctors from Saint Vincent Hospital in Australia, where the outgoing Health Minister Mr Maga has been undergoing medical treatment.

It says specialists in the Intensive Care Unit at Saint Vincent's Hospital have advised that in their opinion, the outgoing Health Minister will not be able to function as he previously did, either as minister or as member of parliament.

The statement quotes Solomon Islands Consul in Sydney, Dr Trevor Garland, as having advised Prime Minister Sikua that Mr Maga will not be able to function as a politician due to a series of complications during and after surgery.

The statement says Mr Maga currently remains in life support but is showing some slight improvement.