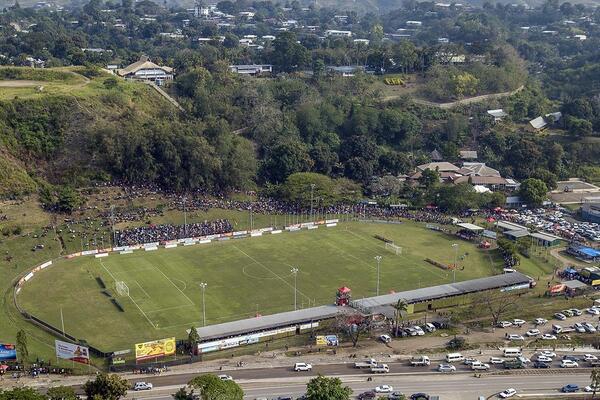 HHC has agreed to give TSL Board and SIFF access to Lawson Tama to enable the completion of the top tier league.
Source: File: SIFF
Share
Thursday, 07 January 2021 09:42 AM

This is after HHC agreed to give TSL Board and SIFF access to Lawson Tama to enable the completion of the top tier league.

There was a doubt if S-League will continue at the national stadium, but news of this arrangement will be welcomed by football fans in the capital.

Meanwhile, two entertaining matches are lined up to kick start football in 2021 as Marist FC and Malaita Kingz clash in the opening fixture before defending champions Solomon Warriors and Real Kakamora wrap up the day’s fixtures.

Sunday afternoon kick-off will see leaders Henderson Eels taking on Honiara City FC and Southern United FC who have been impressive before the festive season play FC Isabel United in a feature match later in the day.

Midweek match for Matchweek 16 is a top-four battle between Central Coast FC and Laugu United.