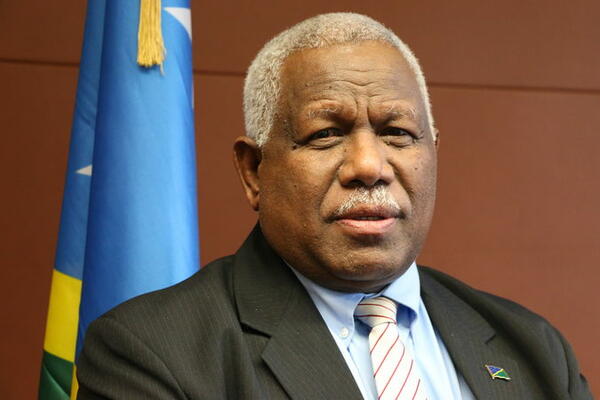 After months of heated public debate over the Taiwan - China issue, sixteen government MPs have come out openly, expressing their strong support for the Solomon Islands to remain with Taiwan.

"Solomon Islands has been enjoying cordial relations with the Republic of China (Taiwan), one of our most important and trustworthy allies, for more than 36 years. In recent weeks, our relations have been seriously tested," the group, which also includes former Prime Minister Hon. Rick Hou, said in a prepared statement shared by SBMonline on social media.

The group expressed concern over the current situation, and wished to affirm their support to maintain the current Solomon Islands -Taiwan diplomatic relations.

"We do so as individual MPs representing our respective constituencies and people...we believe Taiwan has been a genuine friend with Solomon Islands through thick and thin."

The group said that at the height of the ethnic tension, the Taiwanese Embassy was the only foreign mission that chose to remain in Honiara during the entire period.

"Taiwan was the only country that came to our rescue with emergency funding which prevented our Government from falling apart when Solomon Islands was on the verge of collapse," the statement reads.

The group says that since the establishment of diplomatic ties in 1983, Taiwan has always been a trust-worthy partner in our development programs.

"We acknowledge that over the years, Taiwan has provided much needed support in various sectors of the Solomon Islands economy, including in agriculture, health, education and human resources, rural development, clean energy, and in disaster management. We believe the footprints Taiwan has left are so deep, and obvious that they will not be forgotten easily," the group said in their statement.

The group, which also consist of Cabinet Ministers, say that the review currently being undertaken regarding relations with Taiwan is part and parcel of the Democratic Coalition Government for Advancement (DCGA) policy to review Solomon Islands representations with all diplomatic allies – not Taiwan only.

They say that the policy objective is essentially to assess how best Solomon Islands national interests can be served through its diplomatic relations.

"We agree that in the case of Taiwan, having been with them for more than 36 years, a review of our relations may be timely with the view to enhancing the mutual interests of both countries.

"More especially, we appreciate that the review is an opportunity to seek ways to improve and strengthen our existing assistance programs and to forge Solomon Islands national interests.

"We appreciate that from this review, Solomon Islands development aspirations should be further articulated to ensure Taiwan’s support is better designed to help address these aspirations," the group said in their statement.

The group insists that the review does not mean a switch in diplomatic relations from Taipei to Beijing - rejecting any suggestions to that effect, stating that such statements are "incorrect and misleading under the DCGA policy objective."

"We state very clearly that we will not support any policy to change Solomon Islands Diplomatic ties from Republic of China (Taiwan) to the People’s Republic of China (PRC). We believe the long term interests of our country – in terms of our development aspirations, as well as respect for democratic principles, human rights, rule of law, human dignity, and mutual respect – lie with Taiwan - not the PRC."

The group says that they are aware some people are easily lured by the current glitters of PRC’s economic power.

"We are aware of important lessons from many countries – including in our region – who are locked in a serious debt trap as a result of their giving into China’s lures. We are aware that the PRC economic power is being used very effectively and succinctly to promote and forge Marxist ideologies and practices globally, especially on vulnerable countries.

"We are aware of examples of governments which have compromised their religious freedoms, surrendered their land rights, compromised the rule of law, and even their people’s cultural heritage, as a result of succumbing to the infiltrations of these ideologies in their societies."

The group says that they are aware that the push for a switch from Taiwan to China is advocated by a minority group, and for reasons other than Solomon Islands national interests.

"We know that the majority of our fellow citizens throughout this country would reject any proposal to switch relations from Taiwan to China.

"We understand that Prime Minister Sogavare continues to cherish Solomon Islands relations with Taiwan. We, the undersigned, therefore would like to demonstrate, and declare, our solidarity with the Prime Minster and all our fellow citizens, that we will safeguard the current diplomatic relations between Solomon Islands and Taiwan."

Members of Parliament who declared their support for Taiwan includes;