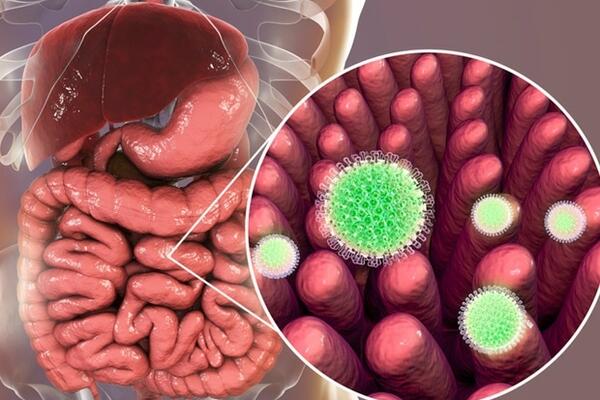 Rotavirus is the most common cause of diarrhea disease among infants and young children.
Source: News Medical
Share
Monday, 07 June 2021 08:43 AM

An alert has been issued by the Ministry of Health and Medical Services (MHMS) surveillance team following a national surge in diarrhea cases last week.

Six children have died, one was recorded in Western Province and five in Guadalcanal province. The most affected age group are children under five (0-4) years and most of the cases presented with diarrhoea and vomiting.

As part of routine surveillance activity, 15 stool specimens were tested of which five (5) tested positive for Rotavirus on rapid diagnostic test (RDT); three (3) of the positive cases were from Gizo Hospital and 2 positive cases from Good Samaritan Hospital on Guadalcanal. The National Medical Laboratory have sent some samples to Royal Brisbane Hospital for further confirmation and investigation.

Rotavirus is the most common cause of diarrhoeal disease among infants and young children. Solomon Islands have had two rotavirus outbreaks in the recent past years 2014 and 2015-2016. More than 4,000 cases and 27 deaths recorded in the 2014 outbreak and more than 9,000 cases and 32 deaths were recorded in 2015-2016 outbreak.

Solomon Islands had launched and rolled out the rotavirus vaccine in 2020 for babies less than 6-months (two doses are given at 10 weeks and 14 weeks).
The MHMS outbreak management team has been activated and currently mobilizing the necessary resources to support Western Provincial Health team in Gizo to respond to their current situation with some supplies already deployed.

The Ministry of Health is strongly advising the public to regularly wash hands with soap and clean running water after going to the toilet, after touching dirty surfaces and before eating or preparing food. Properly cover food and ensure drinking bottles and containers are properly covered from flies. Always boil drinking water. Parents if you have babies who are 10 or 14 weeks old, and yet to receive the rotavirus vaccine, please visit your nearest clinic for vaccination.

Parents are advised to take babies and infants to the nearest clinic as soon as they are experiencing watery diarrhoea, vomiting and fever or are showing signs of severe dehydration.

Signs of dehydration include:

• a dry or sticky mouth
• few or no tears when crying
• eyes that look sunken
• in babies, the soft spot (fontanelle) on top of the head looks sunken
• peeing less or fewer wet diapers than usual
• dry, cool skin
• irritability and tiredness
• drowsiness or dizziness

The MHMS team has advised that people should not resort to custom medicine as it can be fatal for babies and young children if they do not get enough fluids.

Children with mild to moderate dehydration due to diarrhoea need plenty of fluids. It's done by giving a special liquid called an oral rehydration solution (ORS) over the course of 3 to 4 hours.

The public is also advised to immediately seek the help of health care worker to get appropriate advice on preparation and use of ORS for your child, if the child develops diarrhoea.