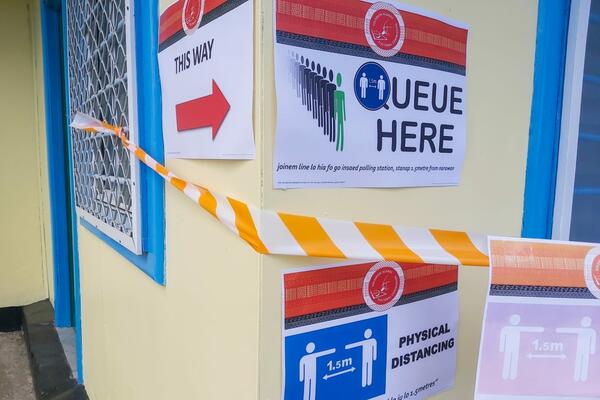 A total of six candidates have been nominated for the West Kwaio by-election after the closure of the 7 days nomination period yesterday.

The candidates include a female and five males.

A ballot paper draw was also held following the closure of nominations to determine the candidate standings order on the ballot paper.

The draw was witnessed by candidate representatives, the election manager and election officials together with the public in and around Maoa Village.

Candidates have until close of business today to withdraw their nomination if they have changed their intention to contest the by-election.

The Solomon Islands Election Commission wants to remind candidates that while doing their campaign, they must keep track of their campaign expenditures as each will have to file a statement of expense account on any cost relating to election campaigning.

It is required by law that candidates must file those expense accounts along with disclosure of any financial assistance rendered towards their election campaigning activities.

To cast an informed vote, it is important that constituents take the chance to listen to campaign rallies organized by candidates.