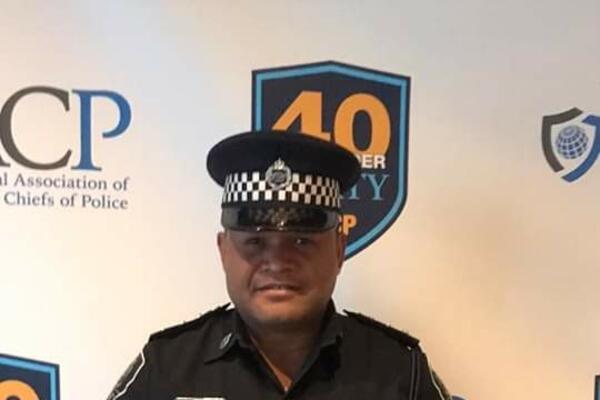 An officer of the Royal Solomon Islands Police Force (RSIPF) Inspector Kerry Sireheti has received an international award from the International Association of Chiefs of Police (IACP), “40 under 40 Award” for 2019 during a ceremony in Chicago, United States of America on 28 October 2019.

The award which is given “to an incredibly talented, accomplished and dedicated group of individuals who demonstrate leadership and exemplify a deep commitment to the profession” is awarded to police officers around the world who are nominated by their superiors.

Commissioner of Police, Matthew Varley says, “This is the first time for an officer of the RSIPF and the Pacific to be recognised at such an international level.”

“On behalf of all officers of the RSIPF, I wish to congratulate you for this great achievement not only for you personally and Solomon Islands but also for the Pacific region.”

“Thank you Inspector Sireheti for being a role model in leadership for your fellow officers and for making the RSIPF a proud organisation. It is such an honour for the RSIPF to be recognised at this international level,” says Commissioner Varley.