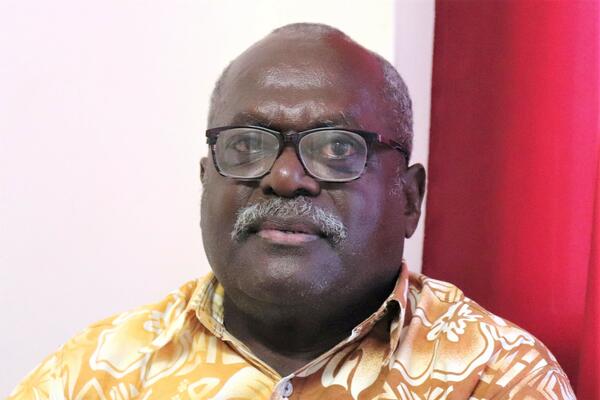 Sir Dr. Kere has vast experience in the healthcare industry, both as a private doctor as well as serving in government, international NGOs, and multinational corporations. He has also served at regional and international levels.
Source: Supplied
Share
Friday, 16 October 2020 11:29 AM

Sir Dr. Nathan K. Kere has accepted his appointment as Chancellor of the Solomon Islands National University (SINU) for the next two years.

The official appointment was made by the Minister of Education and Human Resource Development Hon. Lanelle Tanangada on the recommendation of the SINU Council.

Sir Dr. Kere is currently the Managing Director of East Medical Centre, a private medical center in Honiara. He has vast experience in the healthcare industry, both as a private doctor as well as serving in government, international NGOs, and multinational corporations. He has also served at regional and international levels.

He was knighted with Knight Commander of St. Michael & St. George (KCMG) by the Queen for services to medicine and community development.

Sir Dr. Kere also has vast experience in academia, having served once as the Chair of SICHE council and a consultant to Fiji School of Medicine as an external examiner. He also contributed to the establishment of the Masters in Tropical Health at the University of Queensland, Australia. He was also a visiting lecturer to Universities in Thailand and Malaysia and was once an internal lecturer at London University.

Sir Dr. Kere obtained his Doctor of Philosophy (Ph.D.) at the London School of Hygiene & Tropical Medicine in the UK. He has also published numerous scientific articles all over the world, with a particular focus on epidemiology and the control of malaria.

Sir Dr. Kere’s first graduation ceremony with SINU as the University Chancellor will be in November 2020.