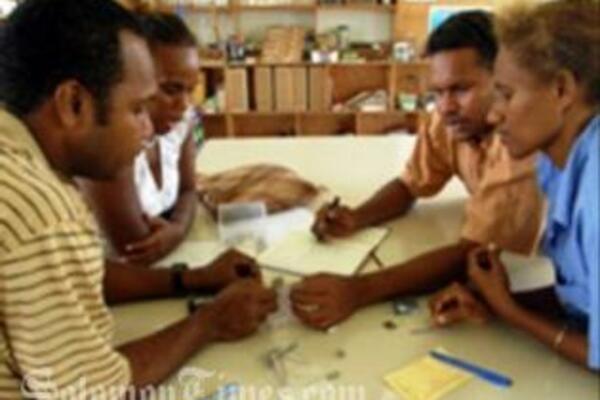 Along with their demands, SINTA had also planned a strike if the government failed to respond to their demands.
Source: STO Archives
Share
Friday, 22 July 2011 08:45 AM

The Government's counter offer on the Cost of Living Adjustment (COLA) demanded by teachers in the country is still being negotiated.

The Government on Friday last week had finally responded to SINTA's demands to increase their Cost of Living Adjustment by 11.5 percent with a counter offer.

Mr Hatimoana today told SIBC News it is likely the SINTA executive will decide whether to accept or reject the Government's offer by the end of this week.

He declined to discuss the details of negotiations other than to say he hopes a conclusion would be made soon.

Along with their demands, SINTA had also planned a strike if the government failed to respond to their demands.

The strike has been called off and teachers have returned to their various schools.
Sources within the Ministry of Finance and Treasury say that the financial implications for such a huge payout would be "very significant."