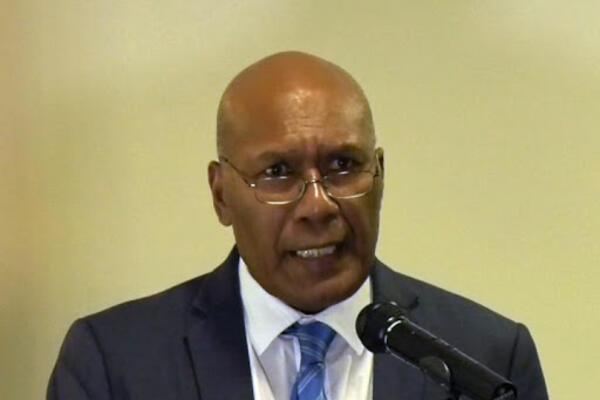 Chairman Acting of SINPF Dr Aaron Oritaimae thanked the government in giving the opportunity for the SINPFB to purchase the bond amidst the uncertainty of our economy and falling markets when credible investment opportunities are hard to come by.
Source: SIBC
Share
Wednesday, 24 June 2020 07:49 AM

In accepting the payment, the Minister of Finance thanked the Board in responding positively to support the government’s economic stimulus package designed to minimise the impact of the pandemic on our economy. Also the Minister acknowledged the current implementation of the Board’s covid19 exemption orders for early withdrawal by members. “In a small but positive way these amounts disbursed to members under the orders can also be seen as economic stimulus to our economy”.

Chairman Acting Dr Oritaimae thanked the government in giving the opportunity for the SINPFB to purchase the bond amidst the uncertainty of our economy and falling markets when credible investment opportunities are hard to come by.

He says that in addition to the returns for its member the Fund is also pleased to provide the support to the Government to implement its development plans as agreed under the terms of the Bond Agreement. He adds that to date the government is a strong and credible borrower with the Fund meeting on time the payment of its interest and principal loan obligations for its earlier issued 2017 $150M development bonds.

The bond purchase is funded by the recall of a much lower earning asset, for the 10 year bond that has a coupon interest rate of 5% earning the Fund $3M in interest income per annum.

In his closing remarks the Chairman Acting wishes to reassures members of the Fund that despite the expected covid-19 negative impacts on the fund’s financial performance for the 2020 financial year, “your Board is looking beyond this crisis to take advantage of opportunities in anticipating the rebounding of our economy and the global economy”.