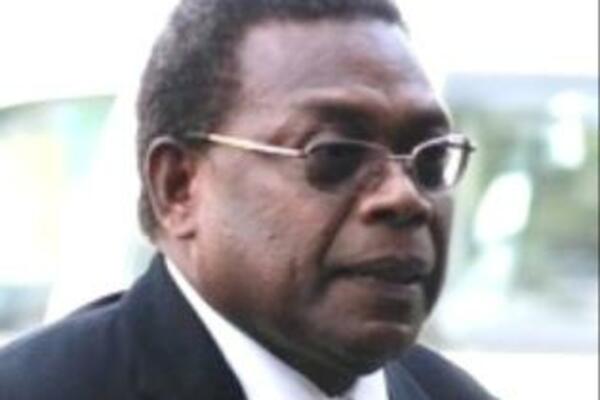 The Opposition Leader says that if it is true than the actions of the Prime Minister is "uncalled for, as it is obvious he is serving the interest of his cronies."
Source: Photo supplied
Share
Wednesday, 28 March 2012 08:12 AM

Opposition Leader Dr Derek Sikua says he is deeply concerned that there are allegations emerging that Prime Minister Gordon Darcy Lilo is interfering in the affairs of a State owned entity.

Dr Sikua says that he has been informed by reliable sources that the owner of Transworld, and a certain political appointee, approached the Solomon Islands Ports Authority (SIPA) and instructed them to not to close down Transworld's warehouse.

They claim they were sent under the instruction of the Prime Minister.

The warehouse, owned by SIPA, was closed after Transworld's non-payment of rental arrears totaling some $169,000.

Dr Sikua says that the political appointee than told SIPA management that a payment schedule will be drawn up to pay off Transworld's rental debt.

The Ports Authority was in the process of putting the warehouse out for public tender.

The Opposition Leader says that if it is true than the actions of the Prime Minister is "uncalled for, as it is obvious he is serving the interest of his cronies."

Dr Sikua says the Opposition is aware that the same company was responsible for the controversial halting of the PNG Chancery building last year due to alleged misappropriation of funds.