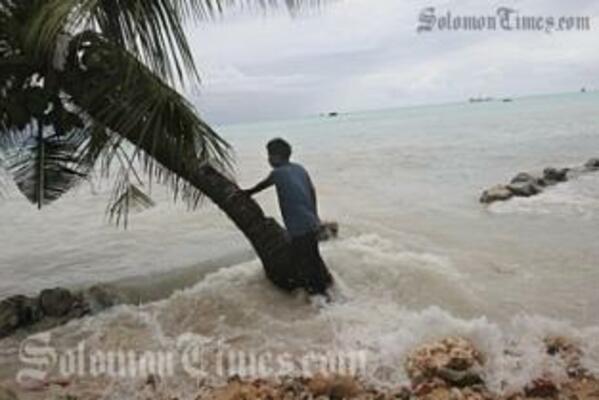 The Minister for Environment, Conservation and Meteorology, Gordon Darcy Lilo says least developed countries and small island states were disappointed with the Copenhagen accord.
Source: twilightearth.com
Share
Wednesday, 20 January 2010 09:45 AM

But the government acknowledges that the accord is a "good starting point for raising awareness about climate change and working towards a legally binding agreement."

The Minister for Environment, Conservation and Meteorology, Gordon Darcy Lilo says least developed countries and small island states were disappointed with the Copenhagen accord.

Mr Lilo says the accord was not the outcome member countries of the United Nations Framework Convention on Climate Change had expected. He however says the Copenhagen accord has herald the beginning of real political will to work towards a legally binding deal by the end of this year.

Under the Accord, developed countries have pledged funding for small island developing states and least developed countries to adapt to the effects of climate change. One can say that the credibility of the Accord will depend largely on whether or not such funding are quickly operationalized and whether the pledged funds are indeed new and additional or merely recycled support from prior times.

For developing countries such as the Solomon Islands, where the effects of climate change are already being felt, one can only hope that the $30 billion of quick start funding ramping up to the $100 billion of long-term financing is real and will start flowing quite quickly.