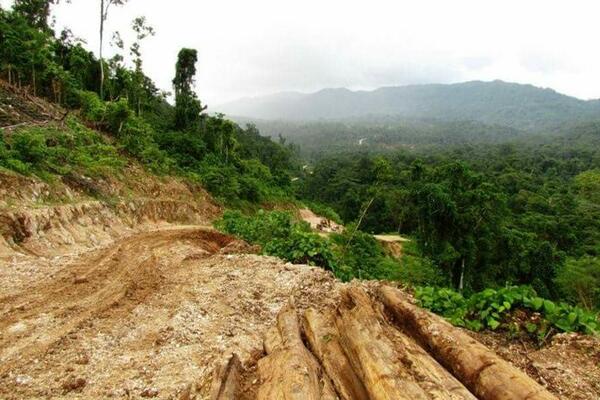 a total of 450 Foreign Investments in Western, Isabel, Guadalcanal, Rennell and Bellona and Central Province were inspected during an operation by the Business Monitoring Joint Agencies Committee. As a direct result of the inspections, the Government has so far collected a total revenue of SBD$400,000 with more to be collected.
Source: File: RNZ
Share
Wednesday, 23 December 2020 08:28 AM

This is to ensure that all companies, both local and foreign, follow all laws, regulations, standards, and ethical practices that apply to each company and industry.

This was following a recent statement made by Prime Minister Hon Manasseh Sogavare in Parliament where he announced that through the policy re-direction, his Government will be looking at new measures to improve tax compliance.

“As part of the overall strategy to mitigate and dampen the impact of COVID-19 on our economy and particularly our public finance, reform in our tax administration is paramount to improve tax collection and reduce tax leakages.

“We are faced with the tough decision to make on tax payers that have not been complying with the tax laws all these years, but are equally affected by the economic down turn due to the global pandemic.

“Those that do not comply all these years will face the consequences and those that comply will be assisted to weather the negative effects of the challenging investment environment created in the country by the pandemic,” the Prime Minister said.

In September this year, the MIWG facilitated a roundtable discussion with a high-level delegation from the Solomon Islands Government (SIG) which focused on ‘Standards and Compliance’ in the local manufacturing industry.

The discussions noted some of the ways in which revenue collection for government can be improved and the adverse impacts that noncompliance is creating an environment that discourages investors already contributing significantly to the Solomon Islands economy.

MIWG Chairman, Mr Carson Korowa emphasized that a level playing field continues to be a concern, as it is important that businesses coexist in a spirit of competition all the while complying with Government legal framework.

Some examples where compliance is expected is in fulfilling company obligations as regulated by Government, adhering to tax regulations and complying with Occupational health and safety standards.

“We are encouraged by the commitment shown by Government as highlighted by the Prime Minister in his remarks in Parliament and the MIWG as the body representing SICCI in the manufacturing industry remains committed to work in partnership with relevant Government agencies to discuss and propose solutions to Industry-related problems faced by the current manufacturers and identify priority areas and define action plan, with a particular focus on Taxation, Quality and Health, Safety and Environment,” Mr Korowa said.

“By working with Government in achieving a level playing field we will help make Solomon Islands attractive as an investment destination. At the same time in order to bring in foreign investors we need to secure the investments that are already here,” he added.

SICCI, as the peak body representing private sector, continues to advocate for all companies compliant and non-compliant alike to be closely monitored by government to ensure that all companies comply with all tax payments to Government including relevant licensing fees and permits as well as meeting high health and safety standards.

During the roundtable discussion, SICCI raised to the Government that significant amount of revenue has been lost to the government over the years because of noncompliance.

As a partner of Government and advocator for private sector growth, SICCI is concerned that when the country is losing such substantial amounts of revenue, there will be adverse social impacts such as reductions to budgets for critical sectors including health, education and infrastructure.

Meanwhile, the ‘Business Monitoring Joint Agencies Committee’ of Foreign Investment Division of the Ministry of Commerce, Industry, Labour and Immigration (MCILI) has completed its assessment on ‘compliances and enforcement’ in various business sectors in Solomon Islands.

This exercise and auditing is the first of its kind in 25 years, Prime Minister Hon Manasseh Sogavare announced during his nationwide address on Monday 14 December, 2020.

He said a total of 450 Foreign Investments in Western, Isabel, Guadalcanal, Rennell and Bellona and Central Province were inspected during the operations.
As a direct result of the inspections, the Government has so far collected a total revenue of $400,000.00, with more to be collected.

SICCI joins Government in reminding investors to comply with the laws of the country.