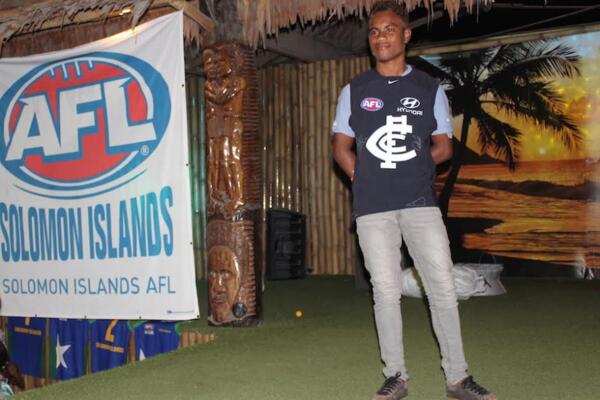 Thanks to the combination of a generous crowd and substantial contributions from local businesses, the Trivia Night raised over $30,000 for the SIAFL.
Source: Photo supplied
Share
Tuesday, 29 November 2016 10:37 AM

Over 130 people attended the sold-out event held at the King Solomon Hotel last Thursday. The large crowd was challenged by a variety of questions ranging from local knowledge to world geography.

Thanks to the combination of a generous crowd and substantial contributions from local businesses, the Trivia Night raised over $30,000 for the SIAFL.

“Not only did we manage to raised plenty of funds, we were also able to promote the aims of the SIAFL to a large audience. The event proved that there is plenty of support for the positive work the SIAFL does with local communities,” David said.

“We are grateful to have such generous support from local businesses. The SIAFL would like to thank the King Hotel Hotel, Solomon Airlines, SolRice, SolBrew, Ofis, Honiara Golf Club, Market Street Kitchen, Talao Cinema, Bulk Shop, Sullivan’s and the Gizo Hotel for donating prizes which made a significant contribution to the event’s success.”

The prizes and auction items at the Trivia Night were first-class and many of the 130 in attendance walked away happy after winning an array of in-kind donations. The prizes ranged from a return flight for two to Gizo with Solomon Airlines, three nights accommodation for two at the Gizo Hotel, a carton of beer and prize packs for the winning table courtesy of SolBrew, range of wine and spirits from Sullivan's, five double passes at Talao Cinema, five 20kg bags of SolRais, meal vouchers at the Ofis, Golf Club and Market Street Kitchen and toiletries from the Bulk Shop. The King Solomon Hotel donated two nights accommodation for two people as well as generously allowing the event to take place without change. All in all a wonderful example of local businesses supporting a worthy cause.