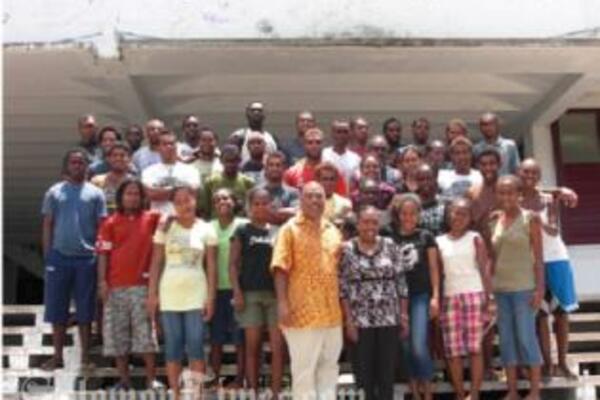 The first group of 25 students will begin their third year medical studies, working between hospitals and doing theoretical work. The second group of 25 will begin second year medicine at the new Campus in Garma Province later this month when the semester begins.

Another 50 first year students moved into their new school campus last month, surrounded by four large hospitals. Meanwhile the third year students are said to be "excited and anxious to do practical work in the hospitals."

The final group of twenty-four students has completed their pre-med and will begin first year medicine in September in Havana.

Cuba currently trains tens of thousands of students, there is a growing number of Pacific students from Nauru, Tuvalu, Vanuatu, Kiribati, Solomon Islands and Fiji.

Solomon Islands representative to Cuba, Ambassador Collin Beck, on behalf of the Government, congratulated the students on their academic performance, thanked them for their sacrifice and commitment to their country.

The students also joined all nationals residing in US, Canada and Cuba in congratulating the country's population for a successful election and wished all leaders well in their respective roles.

Despite the distance the students are said to be keenly pursuing their studies, away from their loved ones. The Government continues to register its appreciation to the Cuban Government for the opportunity of studying in World class institutions.

Ambassador Beck acknowledge the strong and discipline manner the education system has allowed students to focus on their studies and the support, unity and solidarity extended to each other in their pursuit of knowledge.