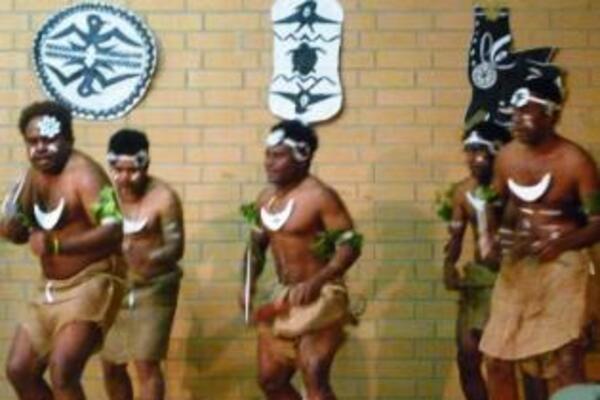 The highlights on the occasion were the Warriors welcome performed by the community's men and the community's Children singing the two National Anthems of Solomon Islands and Australia.
Source: Photo Supplied
Share
Tuesday, 13 July 2010 10:20 AM

It was a real Pacific Island atmosphere, as those took part and attended included friends from Fiji, Papua New Guinea, North Solomons, Tuvalu and Tongan communities. Others were friends, in-laws and Ex-RAMSI officers.

In his capacity as Chairman of South Australian Multicultural and Ethnic Affairs Commission, the Governor has pledged his support for the Solomon Islands Community just as any newly formed community in South Australia. Solomon Islands High Commission to Australia His Excellency Mr. Beraki Gino has congratulated the group and thanked them for inviting him to this historical event.

"Because this is the first official event the community has hosted since becoming a community last year, it was indeed an honor to be part of the celebration," he said.

The highlights on the occasion were the Warriors welcome performed by the community's men and the community's Children singing the two National Anthems of Solomon Islands and Australia. Food for the night was an Island dinner menu, something that really impressed most of the guests.