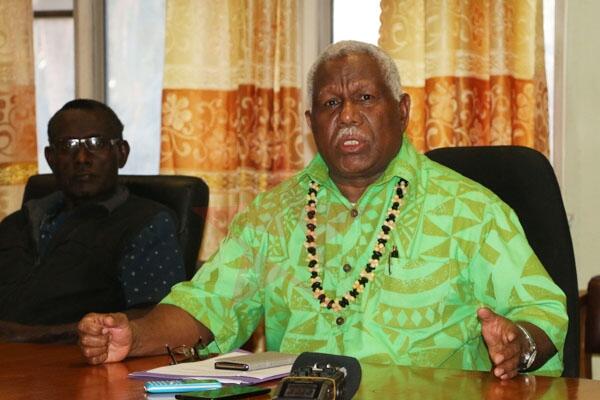 Solomon Islands Medical Association (SIMA) made the call, as the shortage of medicines and consumables at the NRH has reached crisis point.

Meanwhile, during an emergency Press Conference over the weekend, the Solomon Islands Prime Minister Rick Hou says the shortage of drugs and essential suppliers at the National Referral Hospital (NRH) is due to poor communication problem and the process involved to get the medications.

This justification caused a huge outcry from Solomon Islanders through Social Media, stating that the Government is downplaying the situation, while Solomon Islanders are facing a difficulties in the hospital.

“The Ministry of Health and Medical Service should declare NRH as in a state of emergency due to the ongoing critical shortages of medicine and consumables,” SIMA president Dr Claude Posala, said. “Declaring an emergency state is a prerequisite to enable emergency orders and freighting in of much needed items,” he added, in a letter he wrote to the ministry’s permanent secretary and minister.

Dr Posala said for the ministry to repeatedly reassuring the public that there is no problem in our medicine and consumable supply and stock is “pure misconception and misinformation” to the public.

“The clinicians (at the NRH) demand that a state of emergency be declared in regards to the critical shortages of medicines and consumables, to allow for an emergency bulk order to be flown in.

“Clinicians further demanded that the government must ensure that this issue is sorted out the soonest, within a week before we need to explain preventable hospital mortality to the public.”

Dr Posala said because of the current situation, the Operating theatre at NRH has scaled down on its activities by only allowing genuine emergency cases to be operated on.

Emergency cases, he explained, are ones that are“life or limb saving”.

“All elective procedures have been suspended for an indefinite period as from last week,” he said.