Short Bus Route Is Not Our Fault: Bus Conductor 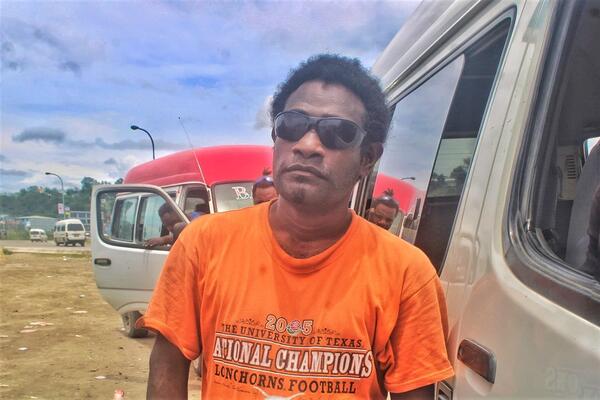 “If you are stuck in traffic sometimes it takes hours, we depend on people coming in and going out of the bus, so when we are stuck, we do not make any money."
Source: STO
By Jeremy Gwao
Share
Monday, 19 April 2021 10:25 AM

The issue of short bus route has dominated social media for the past few years, so much so that a special select committee was established by Parliament in 2013 to conduct an inquiry into the issue.

“I cannot deny that the issue is affecting the people that use public transport, but people should also look at those that work for the bus owners,” Chavan Volli said.

Chavan is now in his mid-30s, he has been a bus conductor for more than 10 years and says that they too must provide for their families.

"We work according to time, so when we do not pick enough passengers in that time than we do not make money. Many times, we work overtime, and must start early the next day just so that we can support our family,” Chavan said.

He said that main issue people should consider is the poor state of the roads in Honiara.

“If you are stuck in traffic sometimes it takes hours, we depend on people coming in and going out of the bus, so when we are stuck, we do not make any money.

"Road must be fixed properly so that we can cover longer distances, but why should we suffer just because people think about themselves and not us.

"We have seen contractors upgrading or doing maintenance along the road but still the road is bad, still many potholes cause traffic jams when people slow down," Chavan said.

He calls out to waiting passengers, trying to fill up the bus before they depart.

Chavan says there are also too many buses, which makes it harder for them – it often takes up to 30 mins to fill up the bus at the various bus bays in Honiara.

Chavan says the Honiara city council should look at limiting the number of busses on the roads and do a lot more to enforce their laws.

“There are also many busses that do not have proper licensed vehicles or drivers, so that is something authorities need to work together and address.”

The special 2013 Select Committee of Parliament looking into the Honiara Short Bus Routes made some interesting recommendations, unfortunately none of it has been followed through.

They include a system where buses are licensed and registered to operate along certain registered bus routes. They also recommended that buses operating along different routes must be numbered or given colours or signs to indicate the different bus routes each bus operates.