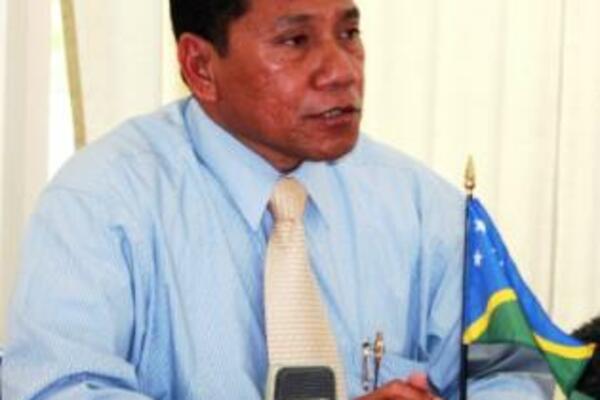 Mr Shanel called on the MSG Secretariat to prepare a concept paper to be considered at the next MSG Summit.
Source: STO Archives
Share
Friday, 01 April 2011 08:16 AM

He told MSG leaders during their Summit in Suva that an economic union of MSG countries is the only effective way to overcome the challenges they will always continue to face because they are small and isolated.

He called on the MSG Secretariat to prepare a concept paper to be considered at the next MSG Summit.

Mr Shanel also called on the Summit to have post-summit dialogue with interested development partners.

He said such a dialogue will accommodate the interest of some countries who are seeking to become Observers of the MSG.

The 18th MSG Summit is being held in Suva, Fiji under the Chairmanship of Prime Minister of Fiji, Commodore Frank Bainimarama.