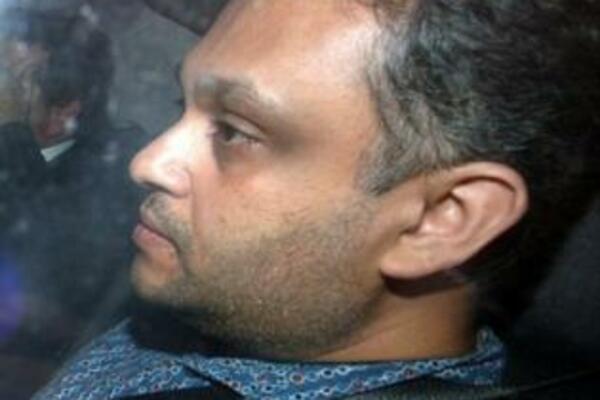 Moti was charged under Australia's child sex tourism laws and was facing up to 17 years in jail if convicted.
Source: daylife.com
Share
Wednesday, 16 December 2009 06:56 AM

Former Solomon Islands attorney-general and Australian lawyer Julian Moti is a free man after a court ruled child sex tourism charges against him were an abuse of process.

In staying child sex tourism charges against Moti, Supreme Court Justice Debbie Mullins was critical of Australian Federal Police for paying the living expenses of the complainant girl and her family calling it an 'affront to public conscience'.
Moti was facing seven counts of unlawful sexual intercourse with a 13-year-old girl in Vanuatu and New Caledonia in 1997.

In the Brisbane Supreme Court today Justice Mullins said although it was only in exceptional circumstances that abuse of process justified staying an indictment, she concluded that the balancing of various policy considerations favoured Moti.
"In the circumstances the appropriate sanction for that abuse of process is to stay the indictment," she said.

The seriousness of the abuse of process would not be acknowledged appropriately by any other order.

Moti, who was the Solomon Islands AG between July and December 2007, was deported back to Australia in December 2007. Moti was charged under Australia's child sex tourism laws and was facing up to 17 years in jail if convicted.

Former Solomon Islands prime minister Manasseh Sogavare repeatedly refused to hand Moti over to Australian authorities, straining relations between the two nations.
Lawyers for Moti had made the stay application on the grounds Moti's deportation from the Solomon Islands to Australia, via Brisbane, was unlawful.

They argued it was a disguised extradition.

His lawyers based the stay application on six grounds, also including that the investigation was politically motivated, the charges involved double jeopardy, the arrest of Moti in Brisbane involved an unlawful warrant and payments to the complainant child and other witnesses undermined confidence in the justice system.

Justice Mullins, in a 30-page written judgment, rejected most of Moti's grounds and said the decision to stay the charges had not been an easy task.

However, she said the level of financial support given to the complainant family members in Vanuatu was of great concern.

"The expectation it has created on the part of the complainant's family in Vanuatu that the support on going while the prosecution continues. What would the complainant's parents and brother done to have support themselves since February 2008 if the Australian Federal Police had not provided full financial support of them and their dependants?

Justice Mullins said it raised questions about the integrity of the administration of the Australian justice system when witnesses who live in a foreign country, expected to be fully supported by the Australian Government until they gave evidence at the trial in Australia.

She said it was an affront to the public conscience and squarely raised whether the court could countenance the means used to achieve the end of keeping the prosecution on foot.

Justice Mullins went on to say the behaviour of Australian citizens overseas in respect of child sex offences had a high public interest. She said the public interest in ensuring that criminal charges in Australia for such alleged conduct proceeded to trial was an important police consideration.

But after balancing the various policy considerations she ruled in Moti's favour.
Mr Moti, who is currently living in New South Wales, did not attend today's hearing and was not immediately available for comment.