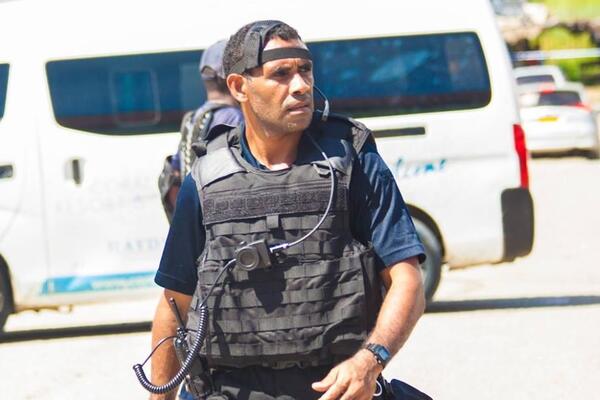 PC Varley confirmed that 50 people have been arrested and charged, and his officers will continue to observe the situation.
Source: Supplied
By Steve Fale
Share
Thursday, 25 April 2019 14:37 PM

PC Varley also encourages people to get back to their normal routine, be it school or work.

PC Varley confirmed that 50 people have been arrested and charged, and his officers will continue to observe the situation.

He says that 11 police and correctional service officers were injured during the riots yesterday, but all are receiving treatment and are in a stable condition. It is understood several rioters who sustained burns and lacerations were also treated at the hospital.

The riot started from the unlawful actions of an unruly mob reacting to the election of Prime Minister. Henderson and Lungga areas bore the brunt of these rioters.

East Honiara was filled with the rumble of police trucks and the hiss of tear gas as police tried to contain rioter’s intent on causing havoc.

Stores along Lungga and Henderson were easy targets for these rioters, police repeatedly repelled them with tear gas.

“I wish to assure everyone that the police are on top of the situation, and if any individual or isolated groups intend to or continue to cause further disturbance we will deal with them,” PC Varley says.