Second Fiji-Bound Flight Yet To Be Confirmed 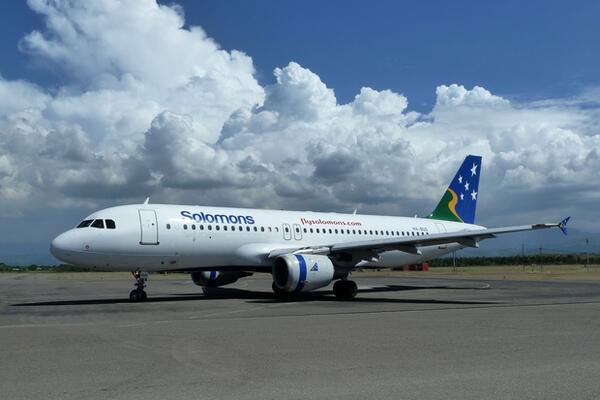 Dr Rogers said that the flight which was earlier planned for the 30th March, 2022 is very likely to be delayed for the 7th April. He says the reason for the delay is because current bookings do not have the passenger numbers to make the flight viable.
Source: File: RNZ
By Samson Sade
Share
Tuesday, 29 March 2022 11:12 AM

The planned second repatriation flight to Fiji is yet to be confirmed despite earlier plans for the 30th of March.

This was revealed by Dr Jimmy Rogers, Secretary to Prime Minister when making his remarks during a talk back show over the national broadcaster over the weekend.

Dr Rogers said that the flight which was earlier planned for the 30th March, 2022 is very likely to be delayed for the 7th April. He says the reason for the delay is because current bookings do not have the passenger numbers to make the flight viable.

“Besides, Fiji is scheduled to lift its quarantine restrictions on the 7th of April and we are hoping that Solomon Island might be included so that anyone travelling from the country may enter Fiji without quarantine,” the SPM stated.

However, Dr Rogers admits that his committee is yet to ascertain whether or not quarantine restrictions will be lifted and if it so happens as alluded, it will benefit those that travel to Fiji.

“Two weeks quarantine in Fiji is quite an expensive exercise,” he said.

The SPM further said that the country will be informed as to whether the flight on the 30th March will be maintained or shifted to the 7th April, 2022.

In terms of International border reopening, the country is targeting the 1st of July but the processes are still being looked at.

“When we say reopening of international border with no restrictions, it means that we are targeting at that stage a no quarantine exercise or if there is any, it would be three days at the most like what has happened in Fiji,” Dr Rogers stressed.

Dr Rogers went on to say that reopening of our international borders will not only carter for cargoes and goods, but also for people to come into the country.