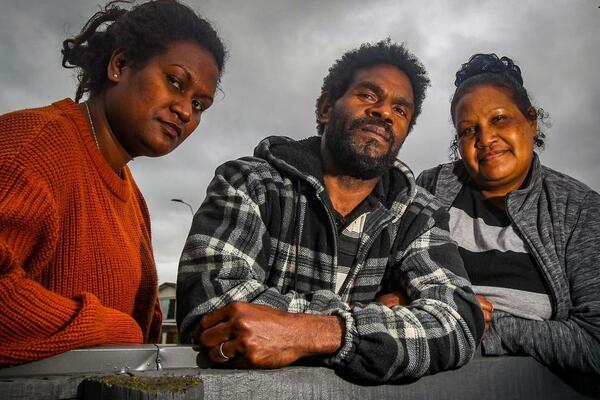 A group of Solomon Islanders in New Zealand for seasonal work are taking an employer to court over hours worked and deductions to their wages for things like wet weather gear and travel costs.

The case has the potential to set a precedent not only for all workers employed under the Recognised Seasonal Employer (RSE) scheme but for others on minimum wages.

In light of how high the legal stakes are, the Employment Court has ruled it will hear the case directly - skipping an investigation that would normally first be carried out by the Employment Relations Authority.

The RSE scheme, overseen by the Ministry of Business, Innovation and Employment, allows up to 14,400 Pacific Island workers to work in New Zealand to fill labour shortages in certain industries. The workers get a special visa and return home at the end of the season.

Solomon Islanders Lyn Soapi, Danny Lau and Mary Lau are employed seasonally under the scheme by horticulturalists and viticulturalists.

Applying to have the court take the case directly, Oldfield outlined four legal issues that needed to be determined, none of which had been previously considered by the court.

He said the workers' agreements were meant to comply with New Zealand law but in his view wage deductions, some of which were approved by Immigration New Zealand and reflected in the agreements, did not comply.

As an example, Oldfield pointed to Danny Lau's October 2018 agreement that required him to wear suitable clothes in the workplace, with deductions to be made from his wages for wet weather gear and footwear supplied to him.

Oldfield claimed that work gear qualified as personal protective equipment under the Health and Safety at Work Act 2015. If the court agreed, then it was a cost the employer was legally required to meet – a cost that could not be passed on to the employee.

The next issue was the most significant and arose from the fact RSE workers were generally paid at the minimum rate, Oldfield said. Under the Minimum Wage Act, the only lawful deductions from wages that could take them below the applicable minimum level were for board, lodging or time lost by an employee.

Other deductions, even if they had been consented to by the employee, could not be made if the pay received dipped below the minimum wage level.

Under the existing employment agreement, the applicants consented to deductions such as half an international return airfare, travel insurance, domestic travel, accommodation, and other costs such as reimbursements for missing kitchenware and wage advancements.

Pick Hawkes Bay recouped some of these deductions in the first few weeks of work, meaning the applicants got no pay at the beginning of the season, Oldfield claimed. Those deductions were therefore unlawful, he said.

The third question he raised related to an amount deducted from the workers' wages for accommodation - whether it exceeded the 5 per cent threshold and whether the "agreement" it was done under was the employment agreement or something else.

The final issue was that the employment agreements contained no fixed maximum hours per week but instead referred to average hours. Oldfield claimed this was also a breach of the Minimum Wage Act.

He said some of these issues commonly arose in other areas of the workforce, for instance where a minimum-wage employee had a deduction from their final pay for not returning a uniform or a deduction was made for failing to work out their notice. Each could result in employees' earnings being reduced to below the minimum wage.