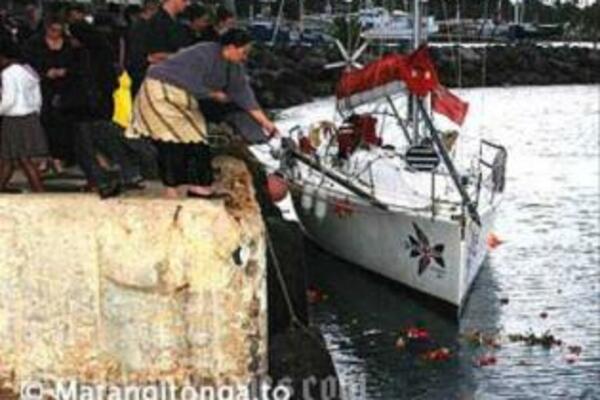 The search for survivors of the sunken ship, MV Princess Ashika, is still ongoing as numbers of passengers reported to be onboard the vessel when tragedy struck increase.

According to Tonga's Matangi Tonga Online, 93 passengers remain missing while 2 bodies have been recovered of the 149 that were reported to be onboard.
Bad weather was reported to have hampered the search.

According to the Matangi Tonga, a survivor, Viliami Latu Mohenoa, related how the ship was taking in water faster than the crew could bail it out, saying that 'around 11pm he went out and saw crewmen with buckets bailing out water that had already filled the lower deck of the ferry, which housed the engine, and where the cargo was stored'.

Viliami said that the buckets the crew were using were too small and they could not keep up with incoming water.

"Then suddenly a wave one metre high came and hauled all the cargo, vehicles and forklifts to one side causing the ferry to overturn and sink instantly.

He added that the ferry sunk so quickly that no one was able to do anything.

"I think the passengers inside the room just couldn't make it out in time because the ferry just overturned and sank so quickly, in a minute," he said.

According to the Matangi Tonga Online, the Minister, who is responsible for shipping and aviation, said that he had tendered his resignation so that he can give his full support to the investigation of the Royal Commission of Inquiry into the sinking of the MV Princess Ashika.

Paul said that to enable the work of the Royal Commission of Inquiry to run smoothly he would not be talking about any matters relating to the Princess Ashika in public.

When asked if he resigned because of the sinking of the Ashika, Paul was firm in his response that the MV Princess Ashikawas seaworthy and he had sighted documents to support its seaworthiness.

A survivor list is available at the link given below of the Matangi Tonga Online report.