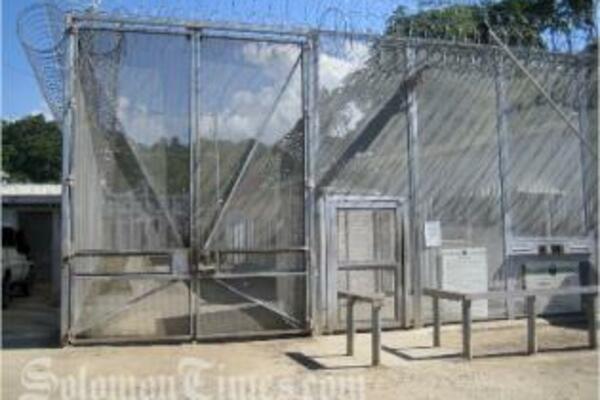 Three inmates had orignally attempted escape but only two prisoners managed to get away, while the other was caught later in the day.
Source: millen.id.au
Share
Friday, 05 October 2012 08:31 AM

Correctional Services Solomon Islands Commissioner, Francis Haisoma told local media that three had orignally attempted escape but only two prisoners managed to get away, while the other was caught later in the day.

Mr Haisoma said Police is now working closely with his office to investigate the matter. He also called on the general public for their support in police investigations.

Meanwhile, accounts of the escape by an eye witness said it had appeared that the escape was planned. The three inmates who broke free from the group returned to the prison cells after a rehabilitation session at the prison joinery, from which they seemed to have been assisted by two unidentified men from the public to escape.

The eye-witness said the three men jumped across the botanical stream to make their way to the road leading up to the gardens. They were then joined by two men who appeared to assist them escape.

The eye witness said the five men started running along the road towards the gardens and took a sharp turn to their left along a path leading uphill towards Lengakiki, at which one of the three inmates was later recaptured.