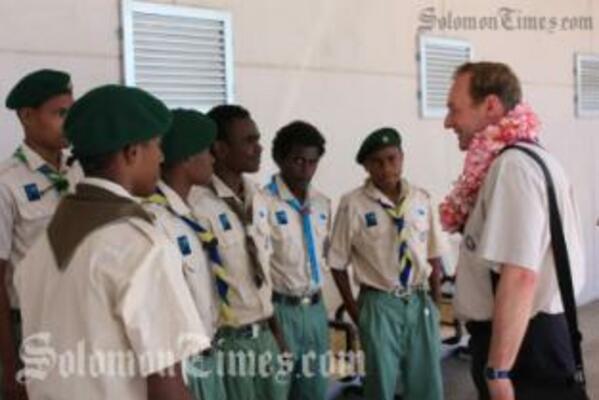 Mr Hailey also held talks with the Executive of the Solomon Islands Scout Association at the Heritage Park Hotel.

He said Mr Hailey's visit is an opportunity for the Executive to discuss important issues concerning the Solomon Islands Branch.

Mr Hailey said that he was pleased to visit Solomon Islands. He was taken on a visit to the new site at Naha where the Scout Association of Solomon Islands plans to build its new headquarters.