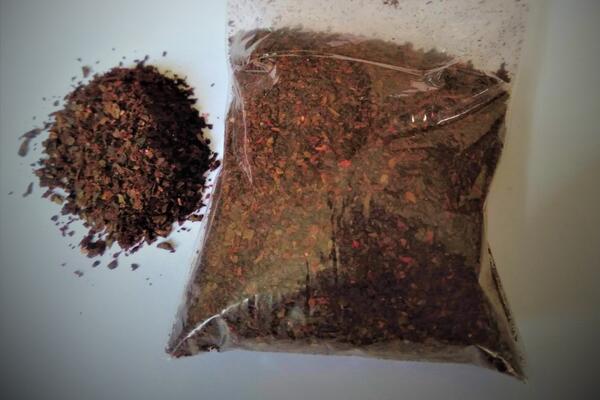 While no study has been conducted on its long-term effects on users, these are early signs of the psychological consequences of using them.
Source: STO
By Jimmy Nolan
Share
Wednesday, 28 July 2021 12:10 PM

Secondary Schools are enforcing additional rules to fight against the use of “Coupen” in schools.

“Coupen” is popular with young teenagers in Honiara, and schools are concerned that the use of the drug is now prevalent with many of their young students.

St. Joseph Tenaru secondary school has taken a strong stance, those caught using the drug will result in immediate suspension.

“We have suspended number of students that were caught using the drug at school.

“We know this is a dangerous substance, and we will not take this lightly, so any student who are found in possession of Coupen, even if they do not use it, will also be suspended,” said the school Principal, Mr Abraham Hihiru.

He says Coupen use has spread among his young students, and has called on parents to help them fight this dangerous trend.

“Parents are made aware of this, and we ask them to work together with schools to help curb the use of Coupen. We want parents to look out for their kids, make sure they are not using or experimenting with Coupen while at home.”

Commissioner of Police, Mostyn Mangau, stated in a recent media conference that they are aware of the widespread use of Coupen, but says there are legislative gaps that needs to be addressed.

“The issue is the drug is made out of legal products like toothpaste, tobacco, food colouring and lime powder,” Mangau said.

“Relevant stakeholders need to look at such gaps and how they can be addressed through our current laws, work on how best we can address them.”

The emergence of Coupen has highlighted gaps in our laws. Coupen imitates the effects of cannabis, but it is now very popular because the ingredients are legal, so it is easy to mass produce and sell cheaply.

“My son used to be very active, now he is very withdrawn, he just stays in his room, he does not talk much” said Ida, whose son, now 17, appears to suffer from some psychological disorder.

“He admitted using the drug for some time, maybe influence from friends. But we noticed his change in behavior just recently.”

While no study has been conducted on its long-term effects on users, these are early signs of the psychological consequences of using them.