Scholar to Bring History to Life 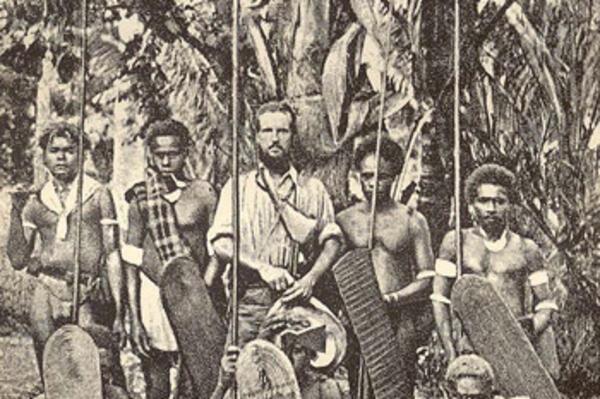 The RAMSI-funded site covers the years from the declaration of the British Protectorate in 1893 until independence in 1978.
Source: uq.edu.au
Share
Wednesday, 24 July 2013 08:16 AM

The first comprehensive online history of the Solomon Islands will be launched on 25 July, thanks to the painstaking research of a University of Queensland academic.

Professor Clive Moore will be in Honiara to launch the largest, single-nation digital project in the Pacific - a website version of his 280,000-word Historical Encyclopaedia of the Solomon Islands manuscript.

With more than 700 entries on places, historical events, institutions, concepts and individuals, and almost 1000 images, the website reveals the fascinating and turbulent history the small Pacific Island nation, and will provide a basic resource for schools and other education institutions, such as the National Museum of Solomon Islands.

Professor Moore said he started research for the website after a period of instability in the Solomon Islands between 1998 and 2003.

"As I watched the events unfold, I moved from being an historian of 19th Century Solomon Islands to one also interested in contemporary events," he said.

"(The site) contributes enormously to the restoration of the history of the Pacific Islands, and is the most advanced digital resource available on the topic."

The site aims to give Solomon Islanders access to information on their recent history and to foster the development of national identity, culture and nation-building.

Solomon Islands National Museum Director Tony Heorake said it was a first for any Pacific nation.

"The digital format allows connections between areas of the text and images which would never be possible in a book and we encourage all Solomon Islanders, researchers and students to fully utilise this e-resource."

The site will be launched at a conference for the 10th anniversary of the Regional Assistance Mission to Solomon Islands (RAMSI), a partnership between 15 Pacific countries and the Solomon Islands.

The RAMSI-funded site covers the years from the declaration of the British Protectorate in 1893 until independence in 1978.

Professor Moore said RAMSI was dedicated to building strong and peaceful communities - a goal that had helped the Solomon Islands create a more accountable and democratic government.

The website is the result of a long-term collaboration between the eScholarship Research Centre of The University of Melbourne and the School of History, Philosophy, Religion and Classics at UQ.