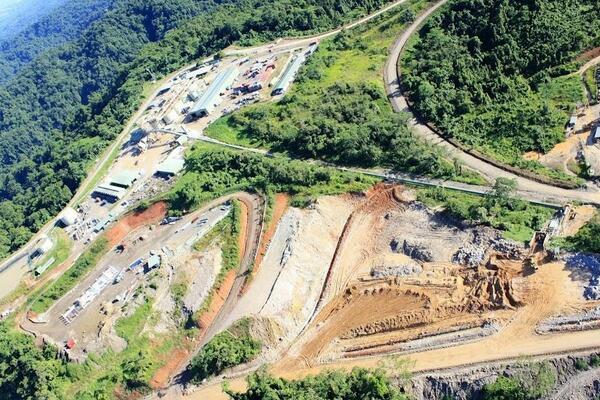 The Solomon Islands government and China Railway Group Ltd. has signed a SBD$6.4 Billion dollar deal to build and lease infrastructure projects at the Gold Ridge mines on Guadalcanal.

The deal was signed on Sept. 12, few days before the Solomon Islands broke ties with Taiwan, and the contract is set to last until March 2034, according to reports.

3. Current government debt as of June 2019 (internal and external) stands at SBD$1.03 billion, putting our debt to GDP ratio just above 10%.

4. If we are to include the China Railway loan to current government debt levels the debt to GDP ratio would be close to 23%.

5. If we are to add future projects such as Tina hydro and other infrastructure loans our debt to GDP ratio will be at least 45%.

6. This will be well above the 35% debt to GDP ratio set by international financing agencies.

"The big question is how will we repay these loans? Put simply 45 cents out of every $1 dollar we make will go to loan repayment," said an inside source at the department of treasury.

"We know that the main resources that we depend on is declining, the only other industry is mining, big enough to help finance our loans, but currently in a mess."

He says that current government loans are for infrastructure, and not so much for the productive sector.

"Some of these loans must go to the productive sector, as an example, we should have a strong onshore processing policy, where fish caught in our waters are processed onshore.

"Use loan money to build onshore processing facilities and partner with major tuna processing companies and capture all the revenue going out."

The proposed infrastructure project by China Railway will be in the interior of Guadalcanal Island to serve the Gold Ridge Mine, which at the height of its production in 2012 accounted for 20 percent of the country’s entire gross domestic product.

According to CNA there are two major phases. The first phase includes an exterior mountain-stripping project followed by the installation of interior mining equipment and facilities. The second phase includes the construction of roads, bridges, and a nearby reservoir along with dock facilities and a hydropower station.