Savo Volcano Could be Solution to Blackouts 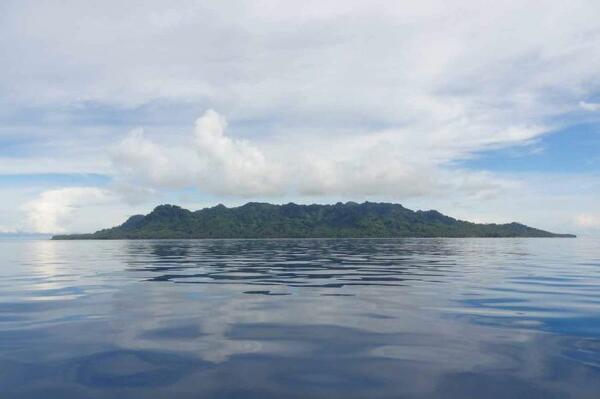 Savo Island's volcano last erupted more than 100 years ago but steam escaping from its vents can often be seen from Honiara, on the much larger island of Guadalcanal where blackouts are not uncommon.
Source: abc.net.au
Share
Friday, 04 July 2014 08:01 AM

An Australian company is hoping it can use thermal power from a Solomon Islands volcano to provide electricity to the country's capital, Honiara.

Savo Island's volcano last erupted more than 100 years ago but steam escaping from its vents can often be seen from Honiara, on the much larger island of Guadalcanal where blackouts are not uncommon.

If the project works out then power would be delivered to Honiara via an undersea cable that would run for the 14 kilometres between the two islands.

The Brisbane based Geodynamics Limited and its joint venture partner Kentor Energy Pty Ltd (a subsidiary of Kentor Gold) told the Australian Stock Exchange the granting of development consent by the Solomon Islands Government follows a review of both their Environmental and Social Impact Assessment and their Environmental Management Plan.

"The next key step for us is to undertake exploration drilling on the island to prove the existence of a geothermal reserve capable of supporting the project," Geodynamic's chief executive officer Geoff Ward said.

"But also, as a key prerequisite to that, we are negotiating a power purchasing agreement to know that there will be a market for the power should we be successful with our exploration."

Those negotiations are with the Solomon Islands Electricity Authority and government.

"Our initial exploration studies have identified a resource in excess of 30 megawatts potential on Savo Island," Mr Ward said.

"That would be enough to supply all of Honiara's demand and a significant part of its future demand."

If it proceeds to development, Mr Ward says the electricity would be generated in a power station which would be built on Savo.

"In geothermal power we're looking to identify and exploit geothermal heat which is trapped in a reservoir deep under the ground typically located at a depth of 1,500 to 2,000 metres," he said.

"So on Savo Island there is a heat source where tectonic and volcanic activity has brought it up close to the surface.

"We hope to find a reservoir trapped in fractured rock with a cap that we can drill through using specially designed and constructed equipment that can safely manage the temperature and pressure of the fluids down there.

"We'll bring the fluids to the surface through a production well, extract the heat from those fluids to drive a steam turbine and then we re-inject the brine or condensed steam back into the reservoir it came from creating a balanced and closed system."

At the moment most of Honiara's power comes from diesel generators, and fuel imports make up about 20 per cent of the Solomon Islands' total import bill.

Mr Ward says the company believes it would need at least an initial 10 MW power station to justify the costs of exploration and building the infrastructure.

"We're very confident that it will be cheaper than diesel," he said.

"We anticipate that the cost of diesel will keep going up and the cost of geothermal would remain flat over the life of the project."

Mr Ward says the switch from imported fossil fuel based energy to indigenous renewable energy should free up foreign reserves currently used to pay for diesel imports and so help it will improve the Solomon Islands Balance of Trade.

However, that is still a few years away.

"If we commence exploration later this year we would hope to be in production in 2018," he said.

Geodynamics is working on a similar thermal-power exploration project on Efate Island in Vanuatu.