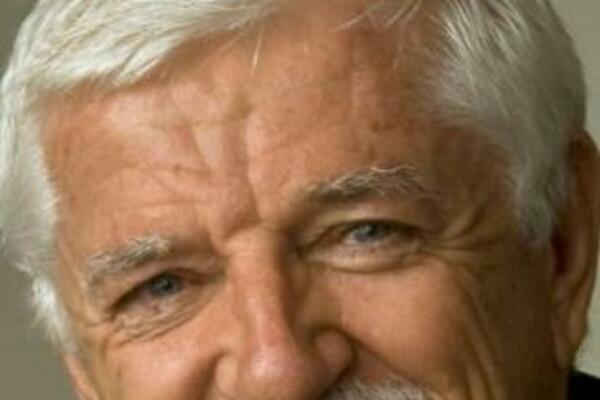 Bruce Saunders has been living and working in the Solomon Islands' capital Honiara for around 45 years.
Source: bahai.org.au
Share
Friday, 20 July 2012 09:33 AM

Port Pirie born Bruce Saunders has not become an iron-clad medieval warrior, instead it is his battle for social improvement in the Solomon Islands that has seen him recently named a knight.

From South Australia's Mid North ranges to Pacific Ocean isles, Bruce Saunders has been living and working in the Solomon Islands' capital Honiara for around 45 years.

In this time, Bruce and his wife have done more than just dip their toes into tropical life, offering years of passionate volunteering to community organisations, governance groups, and social projects.

Mr Saunders never expected these efforts would amount to receiving a knighthood during the recent Queen's Birthday Honours Awards, on the recommendation of the Solomon Islands Government.

"Never ever in a million years one would have thought that," he said.

"I know when I first got it I thought there was a mistake here, I didn't know what to think."

It is not a common honour in the Solomons, where only the appointed Government General and a few other internationals have received knighthood.

"In recent years I'd be the only one living here as an expat of Australian descent who's received one," Mr Saunders said.

His community work has spanned from being the vice-Chairman of the Honiara Chamber of Commerce, to a foundation member of the Lions Club, and a board member of the Rotary Club of Honiara.

He has also been prominent in broader social projects, such as the establishment of a civil society network in the Solomon Islands in 2000.

After a coup caused years of social unrest and disintegration of public institutions, this civil society initiative helped empower Solomon Island men and women to participate in restoring peace and order to the country.

More recently, he's been at the forefront of a project to erect a monument honouring Solomon Island wartime heroes, an initiative seen as helping reinforce pride and national identity among citizens.

"There had been monuments to the allies and the Japanese but none to the Solomon Islanders, whose exploits were fundamental to the survival and victory of the US Marines and Allied soldiers," Mr Saunders said.

He said his commitment to the community stemmed from following his Bahia principles- a faith not common in the Mid North, but long adopted by Mr Saunders.

"It's just part of being Bahia, we believe that service to others is the most noble thing a man can do and I guess we've spent a life of helping and serving in the community."

While Mr Saunders recently made a fond visit back to his Mid North motherland, he said the Solomons were now his home, and he will keep being active on the islands.

Known abroad as the 'happy isles', Mr Saunders has long been charmed by the cheerful and hardworking locals, and the lush green environment.

"It's just the naturalness and cleanliness, and the loyalty and kindness and hardworkingness of these people."

He said the Solomon Islands did remain undeveloped and unsophisticated, but things were now starting to develop.

"It's sort of becoming more outward looking, playing its role in the region, and certainly more in world affairs."

In a nation where over half of the 600,000 people population are under 24, youth leadership projects were likely to factor into his future focus'.

As the new generation of Solomon Islanders were becoming more world centric, he said there was much work needed to help young people lead their country into a future that was more outward looking than it has been since the years of independence.

However, first things first, Mr Saunders has a Queen to meet.

After the Solomon Islands' Head of State recently announced the knighthood, Mr Saunders will soon travel to Buckingham palace to be officially anointed by the Queen of England.

Having already met the Queen a 'couple of times' in the Solomons, he said he was not too concerned about knowing what to say.

"Really we have to wait until they speak to us and then we reply to what they say, that's the way it seems to work.

"It's amazing what they know about you, even though they're doing this to other people all the time, they know where you've been and what you've done and they readily acknowledge the services."

He said he'll have another practice round with loyalty before then, with a nearing visit by William and Kate to the Solomon Islands- a potential talking topic when he meets the Queen.

"Maybe can talk about how her grandson behaved when he came to the Solomons."