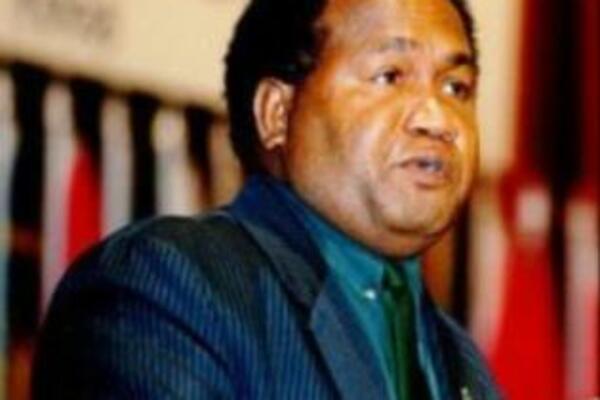 Mr Sasako says Mr Marshall should not have commented on the case until he publishes his final article on the issue.
Source: STO Archives
Share
Wednesday, 13 January 2010 13:41 PM

Freelance journalist, Alfred Sasako has accused Police Commissioner Peter Marshall of making pre-mature comments in support of a move by the Director of Public Prosecution to close a potential manslaughter case.

Mr Sasako has written a number of articles on the peculiarity of the case in the Solomon Star, quoting un-named police sources who claim they have evidence to prove that a Carol Edwards had drove a vehicle which caused the death of a person three years ago.

Another woman Lyn Baura has pleaded guilty to a drink-driving charge which caused the death and had been convicted and served a 12 month sentence in prison.

But in Mr Sasako's articles, he claimed there is evidence to show Baura was wrongly convicted.

Police Commissioner Marshall had made comments about the case, saying it's a matter for the DPP to pursue should he wish to.

But Mr Sasako says Mr Marshall should not have commented on the case until he publishes his final article on the issue.

He says Mr Marshall's comments on the case show he supports the DPP's position on the matter.

Mr Sasako says what has transpired in the case so far has the stench of corruption around it.