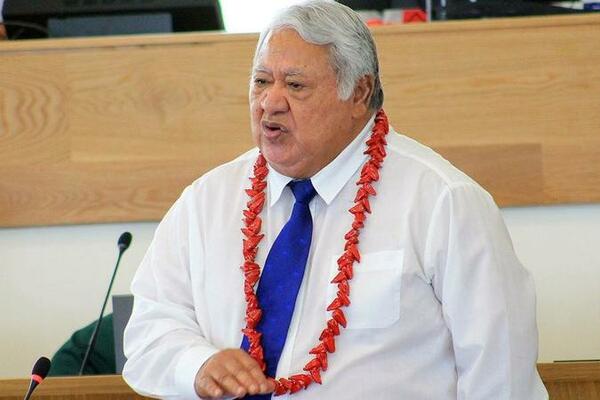 The caretaker Prime Minister, a man fond of bombastic rhetoric, has shown little evidence that he has contemplated the shattering fact that the people of Samoa have voted and decided that they no longer want him to run the country.
Source: RNZ
By Samoa Observer editorial board
Share
Friday, 23 July 2021 08:27 AM

When Australia’s second-longest ever serving Prime Minister faced a complete wipeout at the national elections after 10 years in power — even being voted out of his own seat — he realized that he had lost but only as part of a process much bigger than he was.

It was not the sheer scale of his loss that was extraordinary.

All political careers end in tragedy, as the saying goes. But it was the belief he displayed in ideals more important than his own self-interest.

“This is a wonderful exercise in democracy,” John Howard said at a small ceremony at a local primary school held to acknowledge that he had been voted out by the constituents whom he had represented for more than three decades.

“You can count on the fingers of one hand the countries which have remained democracies for over 100 years.

“It is a privilege to be part of that process.”

Howard’s end, and the steely manner in which he went out to meet it, is a lesson in principled graciousness and other attributes Samoa’s Human Rights Protection Party (HRPP) has failed to display since losing the election.

Most noticeably lacking is a sense of pride in democracy being part of our nation’s character and respect for its rules being a form of patriotism.

Instead, we have seen in Samoa a caretaker Prime Minister, Tuila’epa Dr Sa’ilele Malielegaoi who lost the election, and continues to lose seats by the day, refuse to even contemplate defeat.

He has openly defied (it comes right after “decline” in the dictionary, Tuila’epa, should you need help to check the grammatical correctness) the voters, the judiciary and now ultimately the nation because he is unwilling to look past beyond his own seat in power and towards the better interests and future of this nation.

In doing so he has actively contrived to plunge this nation into a constitutional crisis and disparaged all the democratic institutions which our country must respect for it to function.

Remarkably, he has shown very little care for being seen plainly and for what he is in this whole national crisis: a stubborn and self-regarding roadblock to process.

In the past three months a stream of excuses have emanated from the caretaker Prime Minister’s mouth about who is to blame for our current constitutional predicament.

On Tuesday he was attempting to blame the courts for the nation’s prolonged political uncertainty; a favourite target of his; and another critical democratic institution.

“This whole process has been prolonged because they [Supreme Court] had added back ends to the decisions they have delivered after the elections,” he said.

“For instance, the decision they delivered on the ten per cent for women representation in Parliament.”

Well, that is simply not the case. The Prime Minister has tried to hide behind the claim that only until the question of female representation in the Parliament has been settled can it convene.

The courts have ruled twice now that there is no grounding in fact whatsoever for his statements.

But as his pronouncements have become increasingly divorced from reality and even ridiculous he has shown next to care.

All the while as his numbers on the floor of Parliament are dwindling. He is perhaps hoping that most voters don’t pay attention or care enough about politics to let him get away with this political double-dealing.

Ultimately Tuila’epa has shown that he does not conceive of Samoa as a democracy; he sees it as an island on which he and the HRPP are meant to rule.

That explains the extreme casualness with which he walked into his election defeat at the hands of the Fa’atuatua i le Atua Samoa ua Tasi (FAST) party – and his seeming inability to face up to the truth after.

But as a story on Tuesday’s front page made clear, the ability to accept defeat was a precondition of any functioning democracy (Samoa risks decline into dictatorship: Harvard professor).

This is certainly a serious democratic crisis, and the behavior of both the Prime Minister and the Head of State can certainly be deemed anti-democratic,” said Dr Steven Levitsky.

“It is essential in a democracy that losers accept defeat and not seek to remain in power via other means. What the HRPP has done is similar to Donald Trump’s reaction to defeat in the US, which has weakened US democracy.”

Luckily for America its democratic institutions were strong enough to withstand a coordinated attack on accepting its election, as the institutions and gatekeepers of that republic proved they could not be corrupted by political rants from a man who had just lost an election and, like that, had his power next to nearly instantly evaporate.

“Any time the incumbent party loses and refuses to accept defeat and seeks to remain in power by other means, democracy is in crisis,” the professor continued.

“That is Samoa today.”

But as he makes clear, Samoa is on the downward slide toward — but has not yet reached — the depths of political dictatorship.

“It may be too soon to call the PM a dictator and the regime a dictatorship. Samoa is still mid-crisis,” Dr Levitsky said.

“But if the PM and Head of State persist and are successful in thwarting this election, democracy will have been (at least temporarily) derailed.”

Indeed. The worrying thing for Samoa is that neither Tuilaepa, nor the various officials he has used as shields in his ongoing battle to frustrate court rulings, have shown the slightest inclination to avoid such a slide.

These are indeed dark days for Samoa. At nearly 60 years of age, we stand on the precipice of backsliding from our extraordinary achievement to have thrown off colonial shackles and become a successful democracy.

All that stands on the edge of being destroyed if the caretaker Prime Minister continues to act as if he cannot hear court rulings. Or if, as seems like an increasingly course of action, the Head of State convenes Parliament on August 2 and despite a FAST majority, rules that no government can be formed before sending the nation back to the polls.

That too, though it will involve a fresh election, will be a killer blow to our reputation as one of the world’s democracies: finding ways to throw out the people’s verdicts and starting again fresh with the hope of securing another is utterly undemocratic.

And voters could never trust that those in charge of the country will honour their wishes again.

The caretaker Prime Minister, a man fond of bombastic rhetoric, has shown little evidence that he has contemplated the shattering fact that the people of Samoa have voted and decided that they no longer want him to run the country.

Until he comes to peace with that fact and realises that by acting as he has he imperils the future of this nation — not only for now but for generations — but also shows contempt for its history.