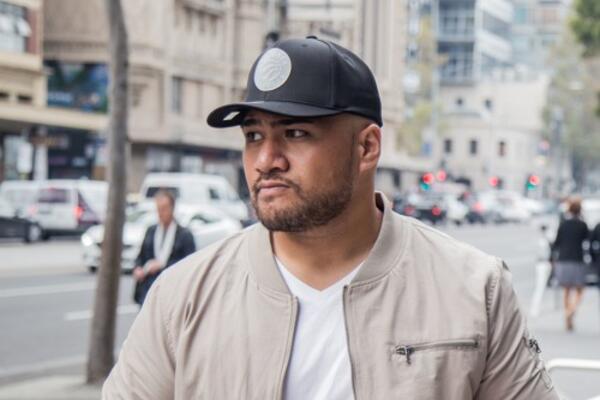 SAMMIELZ said that he is very excited to collaborate with Solomon Islands artists like JAH BOY since the style of music played by our local artists is quite similar.
Source: SoundCloud
Share
Wednesday, 08 May 2019 10:40 AM

Sydney based Sammielz is in the country to perform at the upcoming M JAM Mother’s Day concert at the Heritage Park Hotel this weekend.

Joining him on stage will be local artists like JAH Boy, JARO LOCAL, Ruff Neck and Bibao.

The show is part of SAMMIELZ and JAH Boy’s Pacific tour which started last week with a show in Vanuatu on Saturday 4th May before coming over to Solomon Islands for the MJAMs show this weekend.

SAMMIELZ is not new to music lovers here in the Solomon Islands as he has been here back in 2015 during the opening of the Coral Sea Casino and started collaborating with JAH BOY.

In an interview with the Solomon Star after his arrival yesterday the reggae sensational said he was amazed how his music is being loved by the people there.

“What I’m more amazed about Solomon Islands is how my music came here and the people have accepted it and I love it and not just the fans but the people out here were just amazing,” he said.

SAMMIELZ said that he is very excited to collaborate with Solomon Islands artists like JAH BOY since the style of music played by our local artists is quite similar.

“The style of music here in Solomon Islands is has its similarities compared to the Urban reggae style and Polynesian reggae.”

First recognized in this music game as the former lead singer of DSS or Da Soul Sound, Sammielz began to pursue his solo career in 2011. Born and raised in Auckland, New Zealand, but now residing in Sydney, Australia, Sammielz has rapidly propelled himself to the forefront of reggae music’s hottest acts.

Friends and band members call the singer “Sammie” or “LZ” from the first initial of his last name putting the letter ‘Z’ to the end of it, garnering the stage name Sammielz for fans of his music.

In such a brief stint, Sammielz has already supported and toured with such prominent artists in the reggae genre, like Fiji, Spawnbreezie, Rebel SoulJahz, Laga Savea, Kiwini Vaitai, Luckie D, and many more.