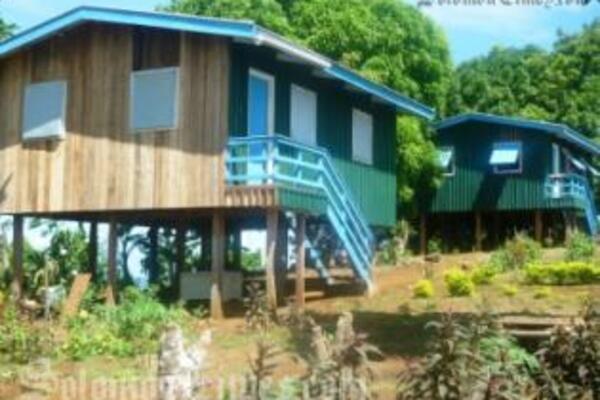 The Salvation Army of Papua New Guinea has officially delivered 15 houses to families who lost their homes during the unfortunate 2007 April 2 tsunami disaster.

The recipient families of the housing project are from Paeloge Village in West of Gizo Island.

He said the rehabilitation project is the first for the PNG Salvation Army and is "only fitting that they have taken up the task to assist another Melanesian brother in need."

"It is also building the common and traditional heritage of the Melanesian spirit of caring for one and another."

Commissioner Kalai said he is also thankful to the Salvation Army of Australia and New Zealand in availing the funds for the housing rehabilitation work of the Paeloge community.

He also thanked the government of Solomon Islands to have recognized their relief activity during the early stages of the disaster by asking Salvation Army to assist in any form of rehabilitation work.

The Paeloge housing project cost about SBD$1.3 million and was built by Pacific Builders.

Pacific Builders Project Manager Peter Maeatua told radio happi lagoon today the project started in May last year and should have completed in November but due to delay of material supply and the high inflation it took another 6 months to complete the project.

Fifteen families who will be residing in the new homes have been identified and are ready to move in.