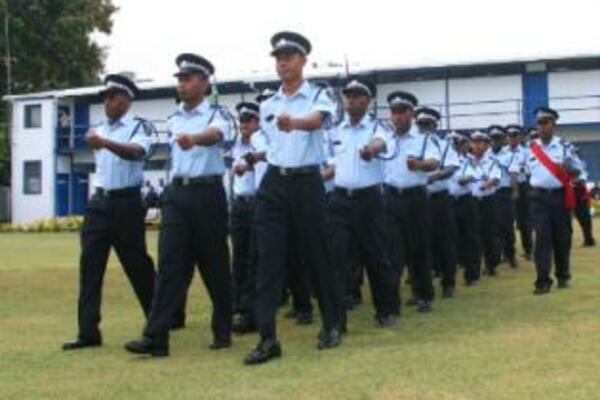 They joined RSIPF and PPF officers, and family members at Rove to witness the graduates march on the parade ground to the beat of the RSIPF Police Band.

Police Commissioner Peter Marshall awarded the baton of honour to Probationary Police Constable Laisalyn Mua for being the outstanding candidate of the group.

He congratulated the new recruits on their achievement and urged them to uphold their oath and high standards of conduct to fairly, honestly and responsibly represent the RSIPF whilst serving the community in their future work.