RSIPF Arrests Man Following the Death of Another in Guadalcanal Province 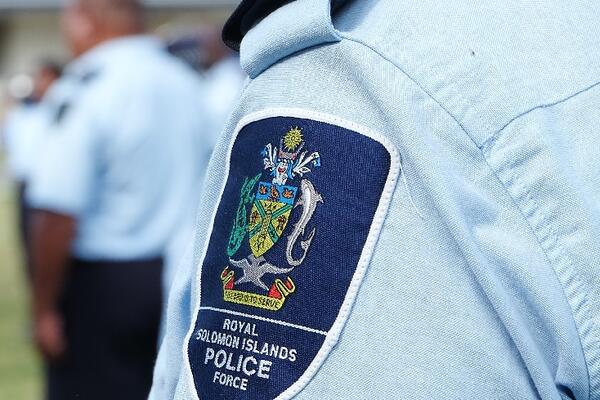 Investigation into this matter is continuing and members of the public living close to the Solomon Star area in Lungga to assist your police with information on this tragic incident.
Source: RSIPF
Share
Friday, 12 July 2019 10:28 AM

Officers of the Royal Solomon Islands Police Force (RSIPF) at Henderson Police Station in Guadalcanal Province have arrested an adult man this week following the death of a man in his 30s in the Lungga area East of Honiara on 7 July 2019.

Provincial Police Commander (PPC) Supervising Guadalcanal Province Inspector Dickson Vouza says, “The adult man was arrested on 8 July 2019 after my investigators conducted an initial investigation into the incident in the Lungga/Henderson area.”

“It has been revealed in our initial investigation that the suspect believed the deceased was allegedly involved in a stealing incident in the area. It is alleged that a fight broke out between the suspect and the deceased on the night of 6 July 2019 during which the deceased sustained injuries and lost blood. The deceased passed away after he was transported to the National Referral Hospital,” Supervising PPC Vouza explains.

He adds: “The suspected man was formally charged with one count of murder and was remanded in custody after he was escorted to court on a remand application on Tuesday this week 9 July 2019.”

“My condolences to the family and relatives of the deceased as they mourn the loss of one of their members,” says Supervising PPC Vouza

“I appeal to relatives of both the deceased and the suspect not to involve in any further violence as police is investigating the matter. I appeal to anyone who may have any information about the incident to come forward to Police.”

Investigation into this matter is continuing and members of the public living close to the Solomon Star area in Lungga to assist your police with information on this tragic incident.

Henderson Police Station can be contacted on phone 36200, or call the Police National Communication Centre on phone 23666 or the toll free 999.